Many Celtic fans have been talking about the latest tweet from Artur Boruc that recently emerged on social media.

Is Boruc Celtic's best goalkeeper in the modern era? 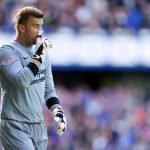 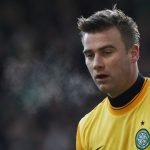 Boruc replied to this tweet, posting laughing emojis and a clover emoji, mocking the Liverpool-oriented handle’s tweet. The former Celtic man’s tweet caught the attention of many Hoops supporters, who were buzzing about the Polish star.

What did Celtic fans make of Artur Boruc’s tweet?

There is and will always be only 1 Holy Goalie

Liverpool at it again can we not have anything for ourselves

There’s only one holy goalie and thats you Artur

There is only one Holy Goalie and this ain’t him.

Boruc was at Parkhead from 2005 to the summer of 2010. He had initially joined the club on a loan deal but later joined the Hoops in the summer of 2006. He went on to play for Southampton, Bournemouth, Fiorentina and currently plies his trade with Legia Warsaw (as per Transfermarkt).
He was nicknamed the ‘holy goalie’ by the Celtic fans, who even made a chant for the Pole when he was plying his trade at the Scottish club. The goalkeeper’s tweet caught the attention of other Celtic fans too.
State of this tweet

During his time at Parkhead, Boruc made 192 appearances in all competitions for the Bhoys. He kept as many as 76 clean sheets during this period, conceding 173 goals (As per Transfermarkt).

He won three Scottish Premiership titles, also winning two League Cups and one Scottish Cup. Because of all that, it is understandable why Celtic fans have so much admiration for their former goalkeeper.