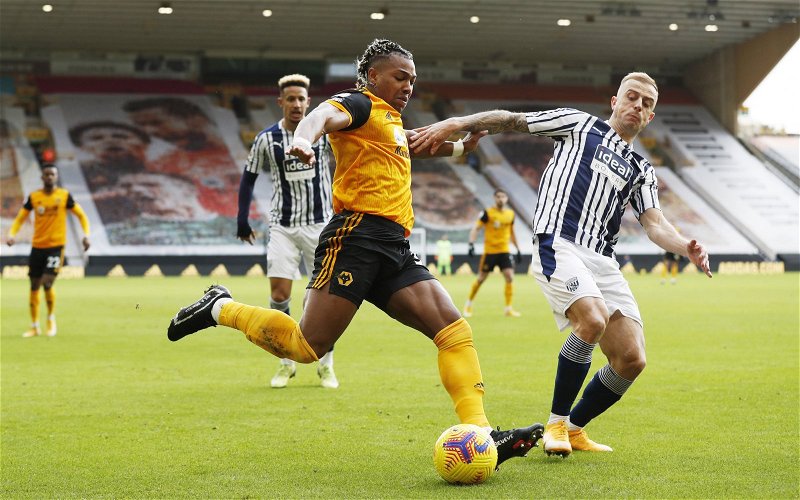 This comes after Sherwood recently made an appearance on Soccer Saturday where he spoke about a variety of different club across the Premier League.

Speaking prior to Wolves’ recent 3-2 defeat at home against West Bromwich Albion, Sherwood had this to say on Traore.

He said: “When he gets the ball, he’s so dynamic. I had him in training, he’s the worst five-a-side player you’ve ever seen but put him on a big pitch, give him the open grass, in behind, 1 v 1, he destroys anyone.

“He’s a fantastic talent but he needs an arm around him all the time.”

Wolves signed the 24-year-old back in August 2018 from Championship side Middlesbrough for a fee of £18 million.

Given how Traore played under Sherwood, albeit briefly, at Aston Villa, he will be aware of just what Traore can do and how far he has progressed since those days at Villa.

Do you think Traore is Wolves' best player?

However, reflecting on his latest performance for Wolves against West Brom, Birmingham Live gave the winger a disappointing match rating of 3/10 saying that Traore’s performance “typified Wolves. He was good for seven minutes and poor for the other 80-odd,” which suggests that despite this praise from Sherwood, Traore still has some work to do if he wants to be considered as a consistent top performer for Wolves.