Goodison Park has housed the Brazilian winger since he arrived on a free transfer from Shakhtar Donetsk in the summer of 2018 (per Transfermarkt).

Since then, the £13.5m-rated attacker has made 75 appearances for Everton, in which he has managed to bag just seven goals and provide teammates with seven assists.

During the latest episode of The Athletic’s Gwlad Tidings podcast, O’Keeffe and Boyland both shared their thoughts on the future of the winger.

O’Keeffe said: “It feels inevitable about Bernard now. It’s a shame because I don’t think anyone would doubt that he’s a technically-gifted player who, at his best, can pass through the lines and can create a little bit of magic.

“For me, it’s too infrequent. It’s too ‘when it suits him’, in terms of the opposition or the venue. With the wages he’s on, I just think that we can be better placed freeing up that cash.”

Boyland then continued: “We reported over the summer that Everton were looking at the possibility of cashing in on Bernard and I think the reasons for that are quite obvious.”

TIF Thoughts on what the journalists said about Bernard’s future…

As can be seen in what the two reporters had to say, they believe there is a good chance that Bernard will be leaving the club, however, “it’s far from a given” currently.

Would you mind if Bernard left Everton? 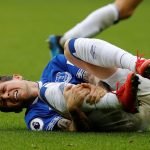 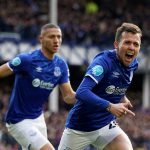 So far this season, the Brazilian has earned a 6.57/10 average rating over six Premier League appearances, making him the 11th-worst performer in the squad (per WhoScored).

Couple that with the fact that the winger is the joint-highest earner on the playing staff at Everton on £120,000 per week (per Spotrac), then it would seemingly be clear why it would make sense to ship him out.