Supporters of Celtic have recently reacted to a transfer claim which has emerged regarding Scottish attacker Ryan Christie.

According to Eurosport, as cited by The Celtic Bhoys, former Hoops manager Brendan Rodgers is looking to recruit the services of the 25-year-old.

It is claimed that with Christie having stated his lack of desire to extend his contract at Celtic Park, then the player ‘could come into view as a target‘ for Rodgers.

However, it is stated by Eurosport that the Foxes’ owners have taken a financial hit on their business due to the current viral outbreak and they do not plan to ‘heavily invest’ in the January transfer window.

After The Celtic Boys’ report was relayed on the Celtic News Now Facebook page, lots of fans flocked to it to air their reactions.

So, what did these Celtic fans have to say about the transfer claim regarding Ryan Christie? 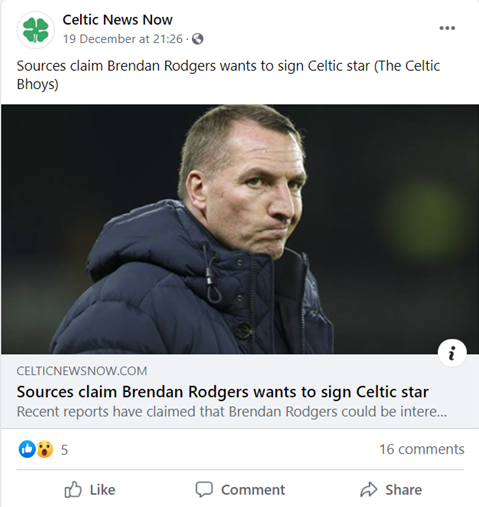 The Scotsman currently has until the summer of 2022 on his existing deal at Parkhead and a market value of £5.85m according to Transfermarkt.

Would you mind if Ryan Christie was sold to Leicester City for the right price?

No, he can leave

So far this season, Christie has made 14 appearances in the Premiership for Neil Lennon’s side, in which he has bagged three goals and provided five assists (per WhoScored).

His performances over the outings have earned the attacker a stellar 7.66/10 average rating, making him the best-performing player in Lennon’s squad. 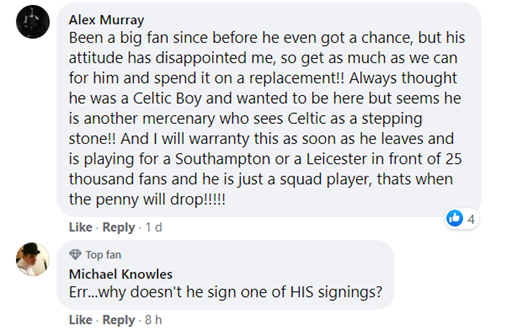 As can be seen in these responses from Celtic supporters, many fans aired that they would not mind seeing Christie leave for Leicester if the price was right.

However, some others were not keen on the idea of Rodgers signing a Celtic player.