Many Celtic fans have been fuming at the latest comments that Neil Lennon has recently made about Scott Brown ahead of the Scottish Cup final against Hearts.

Lennon has recently been talking about Brown and his importance to the club’s dressing room. The Celtic manager described Brown to be a ‘unique individual’ and someone who has carried the club’s dressing room for quite a while through thick and thin. He said that even when Brown isn’t on the pitch, the Scotsman still tries to galvanise the squad (as per The Scottish Sun).

Will you be angry at Lennon if Brown starts?

Lennon also said that there is a chance that Brown starts against Hearts and the midfielder still has a lot to offer (as per The Scottish Sun).

An article about these comments from Lennon was relayed on Facebook by Celtic News Now recently. Many Celtic fans made their opinions clear about the possibility of Brown starting against Hearts.

What did Celtic fans make of these comments from Lennon? 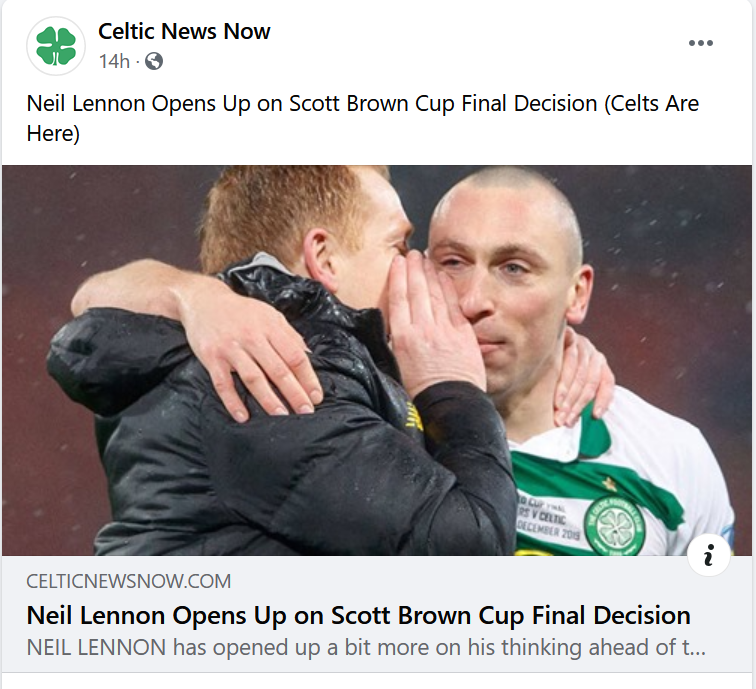 Brown hadn’t started or featured for Celtic in their recent games against Lille and Kilmarnock. Instead of him, Ivorian midfielder Ismaila Soro had started in the midfield for the Bhoys.

In his appearances, Soro did well and against Lille, he picked up a rating of 7.52/10 for the Hoops (as per WhoScored). Some other Celtic fans also made their opinions clear about Lennon’s comments regarding Brown.

While Brown has indeed been an important player for the Bhoys over the years, making 591 appearances in all competitions so far, Soro’s performances suggest that he is in form. So Lennon should start Soro against Hearts and bring Brown on for a cameo appearance late in the game.