The Tottenham Hotspur correspondent for football.london Alasdair Gold has recently aired some concern for Toby Alderweireld ahead of the North London derby.

In a 4:30pm kick-off today, Arsenal travel to The Tottenham Hotspur Stadium to face Jose Mourinho’s outfit (per Premier League).

One doubt for Tottenham for the derby is the Belgian central defender as a report from the club on Wednesday claimed that he has a ‘chance’ of featuring in the match (per Tottenham Hotspur).

Mourinho said on the player in mid-week: “In his process of recovery, he’s doing very well and there is a chance that he plays.”

So, during a recent live video on Twitter from football.london which included Gold, the journalist discussed how all of Spurs’ doubts were progressing and aired some concern for the Belgian. (6:10)

He said: “I think it’s probably more [of a concern] for Spurs about those who weren’t there [against LASK – than those who played]. We know some quite high-profile injury doubts.

“It was quite interesting, Mourinho, this week, he didn’t take any opportunity to bluff it or make any kind of, ‘Oh, I’m doing this to worry Arsenal,’ or anything.

“[Harry] Kane will be back. Alderweireld I think will be a bit touch and go.”

TIF Thoughts on what Alasdair Gold said about Toby Alderweireld…

As can be seen in what the journalist had to say, he believes that Kane will be back in action against Arsenal but Alderweireld will be “touch and go”.

Yes, it is still possible 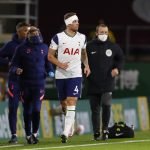 No, it is impossible 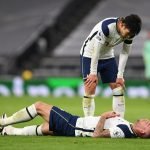 If the Belgian is absent for the visit of Mikel Arteta’s side, that will likely be a big miss for Jose Mourinho as the defender has been a key player for Spurs this season.

The 31-year-old centre-back has made six appearances in the top flight in which he has earned a solid 6.92/10 average rating (per WhoScored).

That rating has made him Tottenham’s seventh-best performer in the league so far this term, so, hopefully, he will be available for the derby.