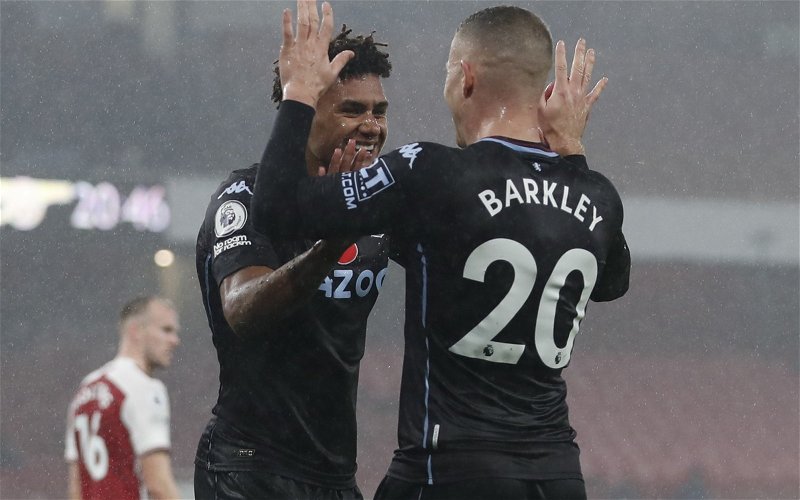 Luke Edwards has been speaking on the latest edition of the True Faith podcast about all things relating to Newcastle United.

One of the topics that the Daily Telegraph reporter spoke about in great detail was the transfers and the business that the Toon managed to do in the last window.

However, it seems as if, according to Edwards, Bruce wanted more, including Ross Barkley, who is on loan from Chelsea at Aston Villa currently.

Do you think Barkley would have been a good signing?

Yes, I would have loved him to be here

TIF Thoughts on Barkley and Bruce wanting him…

The 26-year-old, who is valued at £19.35 million (as per Transfermarkt), played two games for Chelsea and was pretty poor at the start of this season before moving to Villa Park, where he has been brilliant, averaging a 7.37 rating, scoring two goals, and providing one assist.

Now his average rating would make him the Toon’s best player, and if you compare him with all of Newcastle’s other midfielders, he has scored more goals and also provided more assists than all of them apart from Hendrick, so you can see why Bruce supposedly wanted him.

If you look at how he has played this season, then we feel he would have been a great addition for Newcastle, and as a result, we feel it is a shame that the Toon did not sign him.

However, considering he is only on loan at Villa Park, perhaps Newcastle can make a move for him next summer?

It is clear that Bruce apparently wanted him, so we would like to see that happen.