Newcastle United fans on Twitter have been gushing over Toon striker Callum Wilson and his latest performance for the Tyneside club in their match against Liverpool.

In the final game of 2020, Steve Bruce’s side came up against the Reds at St. James. Park and during the match, Wilson’s performance, in particular, caught the attention of a lot of Newcastle supporters who could not resist sharing their praise for the Englishman on Twitter.

So, what did these Newcastle fans have to say about Callum Wilson’s performance against Liverpool?

“Even on his quiet days, Wilson is just a constant precense upfront. Rondon and Remy rolled into one. #nufc #NEWLIV”

“You’ve got to respect the job Callum Wilson does up top by himself. Fair play to him. #nufc #newliv“

“I really do wish Callum Wilson had more support up front. He’s an absolute beast! #NUFC“

“Callum Wilson is absolutely exceptional. Gets through so much work to drag NUFC up the pitch on his own”

“Absolutely love Callum Wilson mind. Top class player! Been too long since we’ve had a striker this good #NUFC”

Looking at these tweets from this group of Newcastle fans, it’s clear to see that they are over the moon with Wilson’s contributions in the match against Liverpool and absolutely love having him at the club. 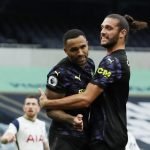 Moving forward, if Wilson can keep putting in more performances for the Toon throughout the remainder of the season that earn him similar praise to this, then he could well be seen as one of the club’s most important players of the campaign.