Supporters of Leeds United have recently gushed after some comments regarding Raphinha from former striker Ian Wright emerged.

During the summer transfer window, the Whites forked out £16.72m to seal the arrival of the 24-year-old winger from Stade Rennais (per Transfermarkt).

In the latest round of Premier League fixtures, the Brazilian got on the scoresheet for Marcelo Bielsa’s side as they hammered West Bromwich Albion 5-0.

On Match of the Day’s coverage of the game, Wright heaped praise on the abilities which Raphinha has shown since signing for Leeds (via Leeds Live).

He said: “Raphinha from Rennes for £17m; you think to yourself, with some of the wingers in this league costing a little bit more than him and aren’t doing half of the things that he’s doing.”

These comments were shared on the Leeds United Live Facebook page and they had lots of fans talking.

So, what did these Leeds fans have to say regarding Ian Wright’s comments?

One fan even claimed that Raphinha’s recent performances could spell the end of Helder Costa, who has only managed to secure 55 minutes on the field in the last seven Premier League matchdays he’s been involved in. Costa was operating mainly on the right-hand side of the midfield for Leeds, which is now a position occupied by Raphinha. 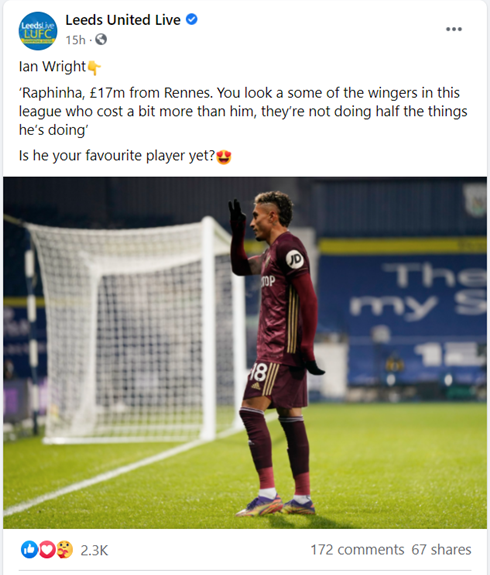 For his performance in the resounding victory against the Baggies, Raphinha was awarded an impressive 8/10 rating due to his ‘untouchable’ touch, movement and technique (per Leeds Live).

Is Raphinha one of the best wingers in the Premier League?

Yes, without a doubt 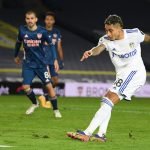 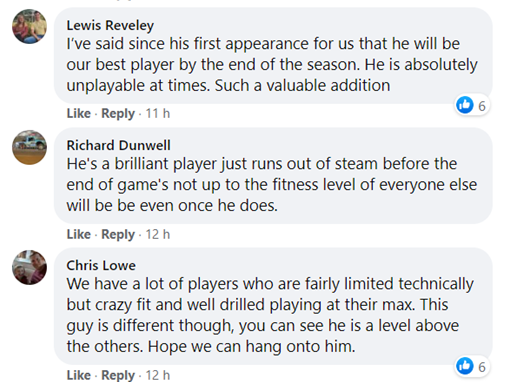 Over the whole season, the 24-year-old forward has made 11 appearances for the Whites in which he has bagged two goals and two assists (per WhoScored).

His performances over the outings have earned Raphinha a solid 6.84/10 average rating, making him the ninth-best performer in Bielsa’s squad in the league. 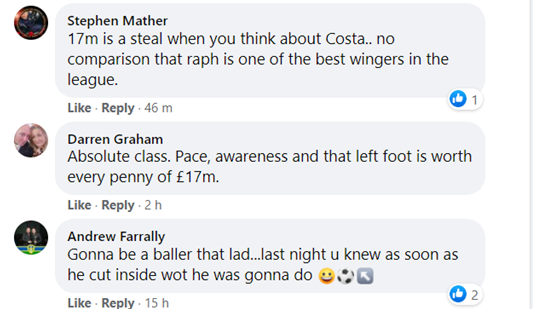 As can be seen in these responses from Leeds supporters, many of them were keen to gush over Raphinha following Wright’s praise of the winger.