Celtic pundit Kevin Graham has recently made a claim about the backing that Neil Lennon is currently receiving at Parkhead.

Graham was a guest on the latest episode of the ‘A Celtic State of Mind’ podcast and the panel discussed multiple issues involving the Bhoys. One topic of discussion was Lennon and Graham believes that the Celtic manager has the backing of the people in charge at the club and he feels that there won’t be a knee-jerk reaction when it comes to his position as the Celtic manager.

Before Celtic’s recent win over Motherwell, the Hoops had won just a single game in six outings in all competitions. Before Celtic’s Europa League game against Lille, Lennon had said that there was ‘no justification’ to sack him and he had described theories of fall outs as ‘fake news’ (as per Sky Sports).

Are Celtic right to back Neil Lennon? 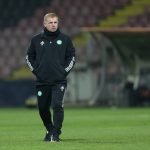 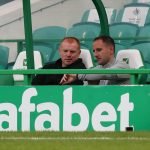 When talking about Lennon’s situation, Graham said: “Now, we’re sitting here on a Monday and we sit here on most Mondays. And for me, sitting here now, the difference between last Monday and this Monday is I think it is now quite clear that Neil Lennon’s got the backing of the people who he needs the backing [of]. I think that is extremely clear that they are maybe giving him the leeway because of [the pandemic] and because of the injuries.

“And maybe there is some of us sitting here, listening, talking, who don’t have the belief that Lennon is the right person to take us longer-term but the only people that he needs to believe in him are the people in charge.”

He later said: “For me, as a fan watching it, if Neil’s got that backing and the belief from those in charge, then we just need to go with it. We can comment on it but there is not going to be any knee-jerk reaction.”

So there is clearly quite a bit of time left to turn things around for Celtic and because of that, it is understandable why Lennon apparently retains the trust of the club’s board. Fans can only hope that he gets the team on a winning run and takes them towards winning their tenth Premiership title in a row this season.