Jonathan Oakes, Andy Hinchcliffe and Daniel Mann discussed all of the latest EFL news on the most recent edition of the Sky Sports EFL Podcast and they spent some time talking about the Derby County takeover during the show.

Sheikh Khaled is a senior member of the Abu Dhabi royal family. He is a cousin of Manchester City owner Sheikh Mansour who is said to be the Premier League’s wealthiest club owner. Furthermore, as per the Derby Telegraph, ‘his family’s wealth is thought to be around £150bn.’

He is reportedly the ‘controlling entity’ of Derventio Holdings Limited, whose Derby County takeover bid recently received the EFL’s approval and during this recent edition of the Sky Sports EFL Podcast, the panel discussed this takeover and how it might impact the club’s spending. Here is what Hinchcliffe had to say about Derby’s potential future spending:

“Of course it’s momentous for Derby. I’m sure all their fans are hoping that what happens to Derby is what happened to Man City, but we all have to be aware of Financial Fair Play and the rules of profitability [and] sustainability so there will be a lot of money spent, but again, it can’t just be, ‘we’re going to spend £1bn here and take Derby to the Premier League and win the title.’

“So, of course, it’s very exciting and the fans should be looking forward to what’s going to happen, but Derby are bottom of the Championship and regardless of how much money you throw at it, things don’t necessarily turn around overnight.”

Do you agree with Hinchcliffe's comments? 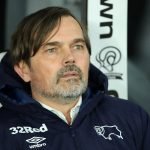 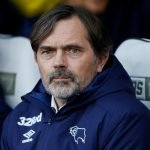 Under the ownership of Mel Morris, Derby had been charged with breaching the EFL’s spending rules, though those charges were dismissed back in August.

In the summer of 2019, it was reported that ‘as many as half’ of the clubs in England’s second-tier were concerned that they were breaching the EFL’s spending rules, so perhaps Derby’s new ownership will be unable to do too much more spending than many Championship clubs already do, in which case the influence that they ultimately have on the Rams’ immediate success via their finances would surely be limited.

With all of that in mind, perhaps the pundit is right to suggest that while this takeover is likely to excite Rams fans, they shouldn’t get too carried away just yet.