Many Newcastle United fans have flocked to a transfer news update involving Jack Cork that recently emerged on social media.

According to the Mirror, Newcastle are currently monitoring Cork’s situation at Burnley as his contract at Turf Moor runs out in the summer of 2021. Sheffield United are also in the race, while Brighton are also thought to be looking to sign the midfielder. 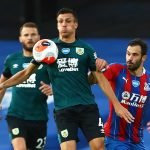 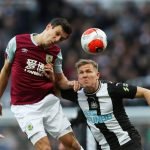 The Chronicle recently relayed a tweet involving this transfer news update and it caught the attention of many Toon fans. They flocked to this news and made their opinions very clear about it.

What did Newcastle fans make of this update involving Jack Cork?

Straight in the bin

Really this our level now ?

preparing for the Championship

Cork is currently out injured and he is yet to play a single game in the Premier League this season. He was a regular for the Clarets last season, having played 30 times in the league.

The midfielder joined Burnley from Swansea City in the summer of 2017 for a fee of £8.19 million (as per Transfermarkt). Some other Newcastle fans also made their negative opinions clear about this update.

This has to be a joke, right? https://t.co/T1hzzzUXqL

These Toon fans clearly don’t want the club to move for Cork.

As things stand, Newcastle already have two out-and-out options in Cork’s main position of defensive midfield and they have three first-team options in central midfield (as per Transfermarkt).

So they clearly have enough depth in centre-midfield and because of that, the Magpies may not need to sign Cork in the summer.