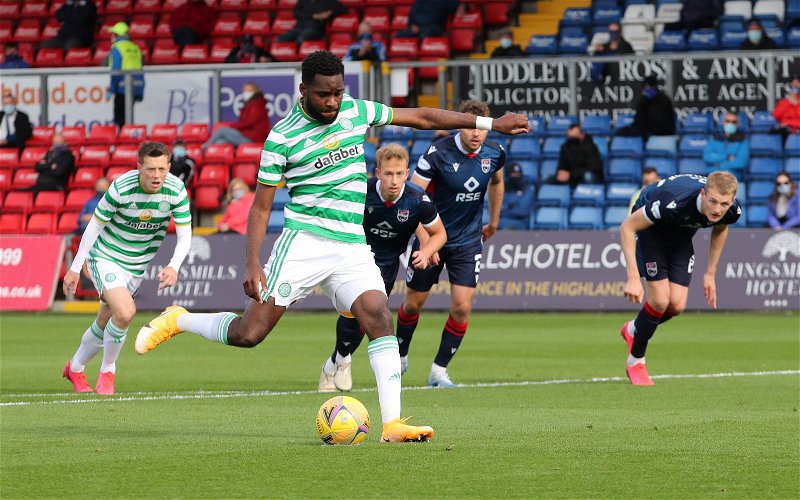 Fans of Celtic have been reacting to a post on Twitter, which relayed comments made by Neil Lennon concerning the future of Celtic striker, Odsonne Edouard.

In comments made following the club’s 1-0 victory over FK Sarajevo in the Europa League qualifiers, which saw his side secure their place in the group stage of the competition, Lennon discussed the future of Edouard (10:00), who has been heavily linked with a move away from Glasgow over the summer transfer window.

After his comments regarding the striker were relayed on Twitter by The Grand Auld Podcast, fans of Celtic flocked to have their say on the matter, with many still appearing sceptical about the Frenchman’s future at the club.

If he’s sold say goodbye to 10IAR kills me saying that but wee really need all our players to stay especially eddy ?

Why not say Edouard “will” be here? There’s obviously a possible transfer on the cards.

— Penfold in a limited and specific way (@Penfoldinho) October 1, 2020

That doesn’t give me much confidence

Since arriving at Celtic from Paris Saint-Germain in what was a £9.27 million deal back in 2018, Edouard has proven to be a massive hit for the Bhoys, scoring an impressive 66 goals and providing 32 assists over his 135 appearances for the club thus far.

Do you think Edouard will leave Celtic in the current transfer window?

As such, it is no wonder why a great deal of these Celtic fans appear anxious about whether the £13.5 million-rated 22-year-old will still be wearing the green and white hoops of Celtic beyond the end of the transfer window, with many more taking to Twitter to share their worries.

need Lawell and Desmond to say this

Someone is definitely leaving https://t.co/W7xHNSeK6w

Clubs are defo in for him, but I’m betting we are pricing them out asking for 30mil plus. Also think that’s why he’s playing so badly, which you can’t blame him for as it must be a distraction. As soon as that window shuts we’ll have our ? back…

All in all, it would appear that the majority of these Celtic fans are desperate for their club to keep hold of Edouard, and, considering his record so far for Neil Lennon’s side, it is not difficult to see why.