The Athletic’s Leicester City journalist Rob Tanner has recently made a claim about the club’s interest in signing Juventus defender Merih Demiral.

Tanner was a guest on the latest episode of the Leicester City Football Forum podcast and the panel discussed multiple issues involving the Foxes. They also talked about potential transfers for Leicester and one player that Tanner focused on was Demiral. The journalist revealed that the Bianconeri man is the sort of defender that the Foxes are looking to sign.

Reports have suggested that Brendan Rodgers wanted to sign Demiral in January and he has been ‘keen’ on bringing in a replacement for Harry Maguire, however, Demiral suffered an ACL injury which subsequently derailed any potential move. 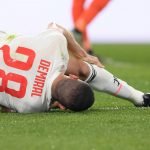 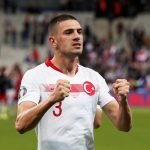 When talking about Demiral, Tanner revealed that the knee injury ‘scuppered’ any chances of Leicester signing him in January, but he is the sort of defender that the club would like to sign.

He said: “I know he had that knee injury which scuppered any chance of that deal happening, but he’s the sort of guy they want to bring in. He’s 22, he’s got his best years way ahead of him. They can work with him.

Demiral played just six Serie A games for Juve last season, but he averaged a pretty good match rating of 7.05. In the Champions League, he picked up a rating of 7.50 (as per Whoscored).

He was at Sassuolo in the second half of the 2018/19 season and he impressed for the Neroverdi too, picking up an impressive rating of 7.11 in Serie A.

It shows that Demiral does possess a lot of quality and he has already impressed a fair bit in Serie A. So because of that, it is hardly a surprise that Leicester want someone like him in their first-team.