In a recent episode of the Extra Inch podcast, Nathan Clark and Chris Miller discussed Brentford’s Ollie Watkins, and whether or not they believed the forward would be a good fit for Spurs.

Watkins has enjoyed quite the remarkable rise since joining Brentford from Exeter City in a £1.8 million deal back in 2017.

In the time since, Watkins has gone on to establish himself as a first-team regular in west London, making 136 appearances for the Bees, scoring 47 goals and providing 17 assists.

23 of those goals have come in the Championship this season – in which the 24-year-old is joint-top goalscorer with Fulham’s Aleksandar Mitrovic – helping his side to climb to third place in the second tier, three points behind second-placed Leeds United and five behind league leaders West Bromwich Albion, prior to Leeds’ fixture against Stoke City on Thursday evening.

Following the news that Watkins could be available for a fee of £18 million this summer due to a release clause in his contract, Nathan Clark and Chris Miller recently suggested on the Extra Inch podcast that they believe the player would be a good signing for Tottenham to make this summer.

Clark said: “I think someone who can also play wide is the way to go. Richarlison – he really caught my eye the second he arrived at Watford. I hadn’t seen him before.

“He was interesting, but I think now he’s at Everton he’s completely out of our price range. But I think someone who’s a bit like him, for example, Ollie Watkins at Brentford – who I recently found out has an £18 million release clause – for me, no question that would be a good deal for us.”

£18 million certainly does seem like a very reasonable price for a player who has scored as many goals this season as Watkins, and, considering the impact that the viral pandemic has had on the finances of football clubs, he could well be a cost-effective addition to the Spurs front line.

Should Spurs make a move for Watkins this summer? 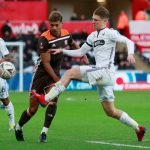 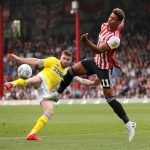