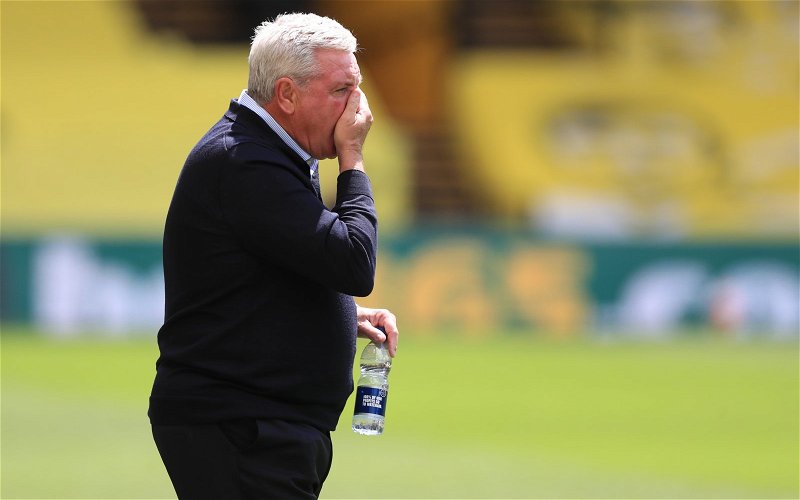 A lot of Newcastle United fans were left baffled by Steve Bruce’s comments after the Toon were beaten by Watford 2-1.

This post has some brief comments from Bruce, who claimed that both of the penalties given against Newcastle were soft.

This has drawn the attention of these Toon fans who disagree.

Do you agree with Bruce?

If it was other way round we’d be saying it was 2 clear pens!

Neither were soft. Both stone wall. Stupid yes. Soft no.

They were both obvious pens even though I hate to say that. We got what we deserved in that game yet again. Which was nowt.

If it was the other way round, we’d be screaming aswell, games the game

The first penalty given against Newcastle was from a Matt Ritchie challenge that saw Kiko Femenia hit the deck, there was some slight contact, but Ritchie should have been less eager, and then he might not have made the foul. (1:40)

This one was more debatable than the second one as Javier Manquillo got his body shape all wrong and allowed Ismaila Sarr to turn, the Spaniard then hauled him down. (2:20)

Both penalties were thumped home by Troy Deeney, but these Newcastle fans continued to be confused by Bruce’s comments.

Proof of an old-school manager refusing to shift mindset to suit the modern game.

Reminds me of Pardew in that sense. Everyone’s fault but his own.

Bruce has lost the plot.

Totally agree. Pathetic defending. But watch it back and Manquillo had a hold on the attacker outside the box and then went down in the box. Isn’t the rule where the foul was first made?

The Toon had taken the lead through Dwight Gayle’s third goal since the restart and could have doubled their lead if Allan Saint-Maximin had scored when he was played clean through by Gayle, but Ben Foster denied him. (1:12)

The Toon then collapsed in the second half and fell to their second defeat in a week.

It will be interesting to see how they respond to these results in their final three matches of the season.