A group of Crystal Palace supporters have been discussing the report linking them with a move for Charlton Athletic’s Lyle Taylor. According to TEAMtalk, the Eagles, Burnley, Bournemouth, Stoke City, Preston North End, Middlesbrough and Rangers are all chasing the striker.

He has scored 11 goals so far in the Championship this season but has been the subject of much debate after Lee Bowyer told talkSPORT earlier this week that the player is refusing to play for the Addicks again this season from fear of getting injured.

He also hinted an exit was imminent by saying: “He’s going to get a life-changing move elsewhere.”

So would these Crystal Palace fans like to see Taylor come to Selhurst Park on a free transfer this summer?

Would you like to see the club move for Lyle Taylor? 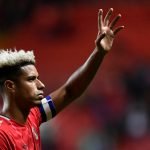 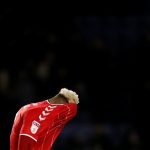 On his way out of the circus to the palace

It has Bournemouth written all over it

It is clear from the above responses that not all of these supporters are convinced Taylor is good enough for Roy Hodgson’s side. One fan pointed out that he has previously played for two of the club’s London rivals which may lead to some feeling uncomfortable about him joining the Eagles.

He’s played for Millwall and Charlton..?

In our view, it is safe to say Palace could do with bringing another striker to the club. Jordan Ayew is currently their top goalscorer with eight, but Christian Benteke has managed just the one goal for the South-Londoners since the start of the campaign whilst Wilfried Zaha has chipped in with just three strikes. Judging by the responses, none of these fans appear to be particularly excited by the prospect of landing the player.