Crystal Palace: ExWHUemployee claims that the Eagles have ‘shown some interest’ in Jeremy Ngakia 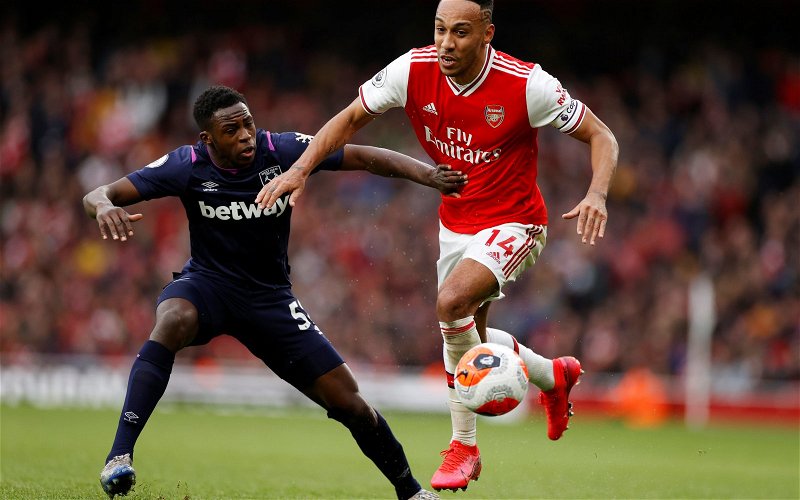 ‘ExWHUemployee’, who runs a popular West Ham United-focused Twitter account, has claimed that Crystal Palace are interested in signing Jeremy Ngakia during a recent appearance on ‘The West Ham Way Podcast’.

ExWHUemployee discussed the 19-year-old Irons right-back during his latest appearance on ‘The West Ham Way Podcast’ and he shared that Ngakia has made the decision not to “play beyond” the expiration date of “his current contract, which is the 30th of June”, despite the fact that seven of the Hammers’ remaining nine games of the 2019/20 Premier League season are set to take place after that date.

He has claimed that the teenager was offered “an incentive-based” deal to remain with the Hammers, explaining that the deal the right-back was offered would have seen his wages increase after playing a certain number of games, which he describes as “a decent deal”, however, ExWHUemployee does then go on to state that Ngakia “probably hasn’t been promised games at West Ham, which is why he also probably doesn’t want to accept a deal which is based upon playing games”.

When discussing what Ngakia’s next move could be, ExWHUemployee reveals that he believes that “there’s a possibility that Ngakia could have been informed of other clubs’ interest” already, before going on to name Crystal Palace as one of the sides to have “shown some interest” in securing his signature. He goes on to claim that the Eagles have “probably said to him” that he “will play ‘this’ amount of games”.

ExWHUemployee claims that the Eagles have caught Ngakia’s attention by offering the 19-year-old more clarity on the amount of game time that he would receive at Selhurst Park than the Hammers offered him in their contract proposal. If that is true, then it may be understandable why Ngakia may feel a move to the Eagles could benefit his career.

As per WhoScored, Joel Ward has started 18 Premier League games at right-back for the Eagles this season, whilst Martin Kelly started at right-back in the other 11 Premier League games that Palace have contested this term so far. Both of these players are currently 30 years old and with that in mind, a move for a younger right-back in 19-year-old Ngakia may make sense for the Eagles, especially if he does become a free agent at the end of June.