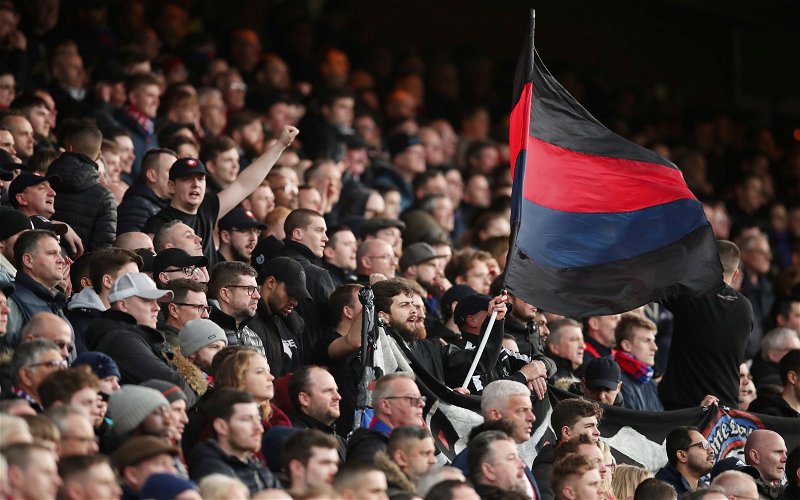 A Crystal Palace fan recently caught the attention of many Eagles supporters after he posted a tweet asking fellow Palace fans to share their thoughts on Ben Watson.

Watson was a product of the Eagles’ youth academy and was a member of Palace’s first-team from 2003 until January 2009, at which point he left the club to join Wigan Athletic. As per The Telegraph, Watson made a total of 189 appearances for the club before leaving.

A lot of Crystal Palace supporters have been full of praise for Watson in response to this tweet, with one Eagles fan declaring that he would’ve liked the midfielder to have stayed at Palace for longer than he did. Read the positive posts from some of the Palace fans who have been responding to this post about Watson in the tweets below.

So today’s past #cpfc player is Ben Watson, he made his debut at the tender age of just 17 in 2003 . Ben went onto make 189 appearances scoring 20 goals before leaving us in 2009. Was Ben a hero/zero or somewhere in between? pic.twitter.com/rh9Blm3OFO

Hero always gave his best bar the Bristol City penalty miss but proud he went onto better things cheered him loudly when he won the cup with Wigan.

Definite hero. Quality with the ball, great penalty taker. I cheered big time when he won the cup for Wigan.

Hero and under appreciated for just how good he was. In a current midfield 3 set up, he’d be perfect.

I like Ben Watson, wish he’d stayed longer. He had a little bit of class about him. For Millwall alone, he goes into the hero bracket.

Liked him, bossed the midfield in the Championship. Pleased he scored a winning goal in the FA Cup final. But I did wish they would try another corner routine other than hit it low and aim to hit the first goalpost

These Palace fans seem to hold positive memories of Watson’s time at the club and the midfielder, who currently plays for Championship side Nottingham Forest, has also been receiving praise from his current manager of late. A recent article from The Athletic quotes Forest boss Sabri Lamouchi describing Watson as the “quarterback” of their team.

It may be fair to say that 34-year-old Watson has played a significant role for his team this term, as only Joe Worrall has played a higher number of Championship minutes for Forest than Watson this season, according to WhoScored.

With all of that in mind, it may be fair to say that at 34 years old, Watson has still been displaying his quality this season. As a result, it may not be too surprising that these Palace fans seem to hold plenty of respect for their former youth academy player. Furthermore, it may be understandable why one of these Eagles fans stated that he wishes Watson had remained at Palace for longer than he did.