Football Insider had reported not long ago that Ibe is willing to take a pay-cut to join the Hoops in an attempt to resurrect his career.

Bent was talking to Football Insider about the recent links and he suggested that a move to Celtic would help Ibe. He recalled him to be a ‘very good’ player from their time together at Derby County, but also said that his progress has now ‘stalled’.

He said: “Maybe his next move, if he can get out of this country and go and play for a massive club like Celtic, go and win some trophies and then maybe if he eventually does come back down here, [he can] get himself in good form.”

This season, Ibe has made only four appearances in all competitions for the Cherries. Two of them have come in the Premier League, with the other two coming in the League Cup under Eddie Howe.

Last season saw the former Liverpool man make 24 appearances in all competitions, with 19 coming in the Premier League for the club. He could score once and assist only once in the league last season.

Would Ibe be a good move for Celtic? 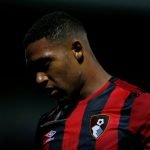 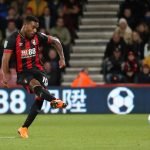 Still 24, Ibe, who is valued at £4.5 million (as per Transfermarkt), could add some depth at Celtic and be a long-term option in the wide positions. But the fact that the former Derby man was recently fined £7,500 and was banned from driving for 16 months shows that he might have to get rid of discipline issues.

Keeping that in mind, Celtic may not like to have a player who isn’t disciplined off the field. But considering his deal at the Vitality Stadium runs out at the end of the season, he might not be a bad option to sign on a free transfer.