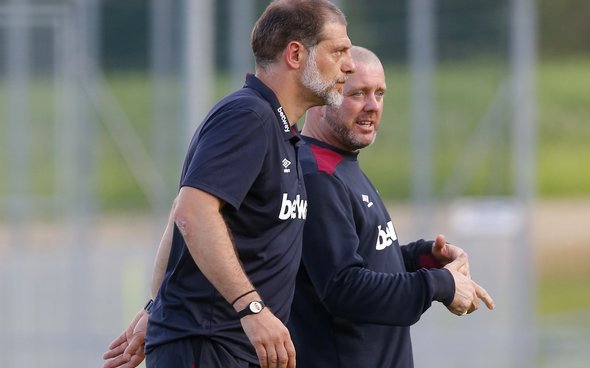 Supporters of West Ham United have been gushing over Julian Dicks after the Hammers posted footage of their former man to social media.

On Tuesday, the Irons shared footage of the 51-year-old former left-back scoring some goals for the club to mark the day on which he signed for the London outfit in 1988 (per West Ham), which had fans gushing.

? #OnThisDay in 1988 Julian 'The Terminator' Dicks signed for the club! pic.twitter.com/mOAdQe15Wp

“No nonsense”. Wish we could bring that back to the club.

Absolute hero of a hammer. Nothing less than 100% commitment to the cause 100% of the time.

The retired left-back had two stints with the Irons, having arrived from Birmingham City in 1988 before departing for Liverpool in 1993 (per Transfermarkt).

Dicks then returned to Upton Park a year later in 1994 and remained in London until 1999 when he went on a career break (per Transfermarkt), and supporters could not help themselves waxing lyrical over the 51-year-old.

My favourite player growing up. What a legend!

An absolute legend. Loved watching Julian play for us.

As can be judged from the responses from West Ham supporters, it is clear to see that the retired left-back is well thought of by the London Stadium faithful.

What is also clear from the responses is that some supporters wish that David Moyes had a player of Dicks’ ilk in his current Hammers squad.