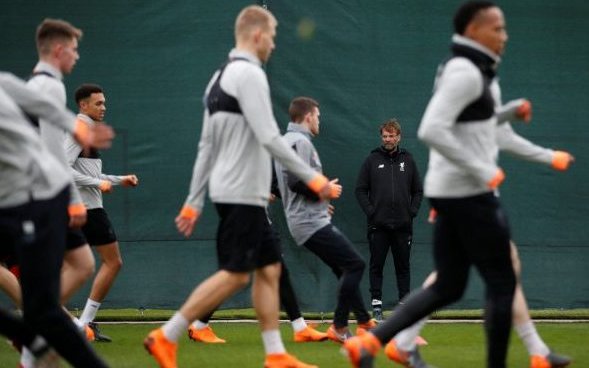 Liverpool fans have taken to Twitter to react to the latest post from Reds journalist James Pearce.

This comes after the journalist shared a post on his official page that included an article from The Athletic on the latest news surrounding the Merseyside club.

Pearce revealed that Liverpool’s Melwood training centre will now be closed for a fortnight due to the recent viral outbreak.

He also added that the club could potentially end the season wearing their new upcoming Nike kit if this current campaign is “revived and extended” beyond May.

Which kit should Liverpool end the season in?

This post then gathered a lot of replies from Liverpool fans who were eager to share their thoughts on their latest news.

Here’s a sample of Liverpool fans responding to Pearce’s post:

Liverpool players informed that Melwood will be shut for a fortnight. If the season is revived and extended beyond May #LFC could end up sealing the Premier League title in the new Nike kit. https://t.co/U16SfD4QTW

Now this is the sort of news I want to hear

New Balance will be fuming ??

Awesome news
Something to end the day with

Earlier in the season, the Merseyside club announced they had signed a new partnership deal with Nike who would take over from New Balance as the club’s main kit sponsor from the start of the 2020/21 season. Now that it has been reported that the Nike kit could make an appearance before this current season has ended, should the scheduled fixtures make a return in the coming months, this has excited a lot of Liverpool fans.

Wouldn’t that be lovely

Surely the biggest concern surrounding Liverpool at the moment would be when they will be able to finally secure the Premier League title instead of what kit they will be wearing. But these replies show just how excited the Liverpool fans are to see the Nike kit make its debut.