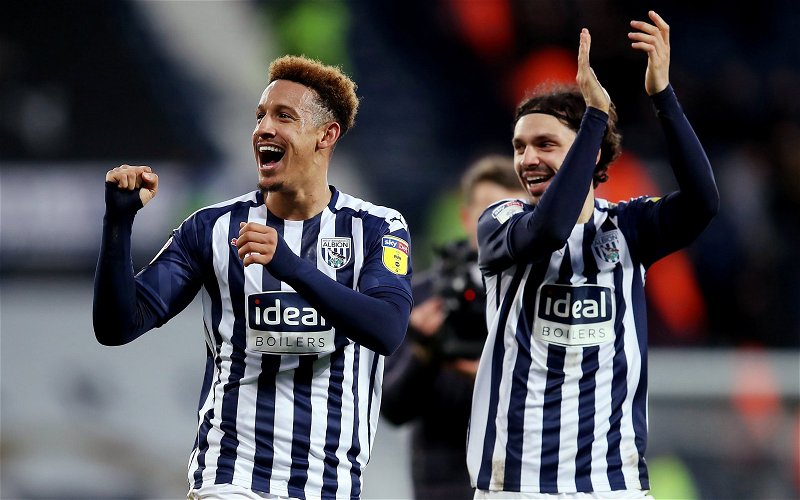 Some West Brom fans have shown appreciation to January loan signing Callum Robinson, following his impressive start to life at the Hawthorns.

Callum Robinson joined the current Championship leaders on loan from Premier League Sheffield United on 29th January. The Irish international has featured in all four of West Brom’s Championship fixtures since his signing.

In just four games, the attacker has managed to win over many West Brom fans, with one supporter even claiming that the addition of Robinson to Slaven Bilic’s squad is “the single biggest reason for improved form”. West Brom managed to win just one of their four games in all competitions immediately prior to Robinson’s signing, losing two.

'There is also interest from Leeds in...' - Journalist clams Orta is now eyeing 'jewel'

However, in contrast to that, The Baggies are currently undefeated in their four games with Robinson in the squad, winning three of them. Some West Brom fans have taken to social media to praise their new January loan signing’s contributions to their recent upturn in form.

Read the appreciative messages of some West Brom fans for Robinson in the tweets below.

Biggest single reason for improved form & results.Diangana injury left us without natural outlet on left (Krovinovich was played on the left side v Leeds & failed miserably) also made Townsend looked worse. Robinson has replicated Diangana"s influebce & allowed others to flourish

Brilliant. Throw all the money in the world to get him in the summer.

Excellent signing and gets better every game. Don’t want to belittle anyone but since he has been in team we haven’t missed Grady…

Right balance for the team. Quick and appears to have adapted well to team style.

Filled the void better than I had ever hoped. Been immense for us thus far ??????

It may be fair to say that Robinson is yet to disappoint in a West Brom kit. Whoscored.com has given Robinson a rating of more than 7.0/10 in each of his four appearances thus far for the Baggies.

Furthermore, the Irish international has achieved an average rating of 7.33 over his four Championship games this season. Only Matheus Pereira has achieved a better average rating for West Brom this season, according to Whoscored.com. Should Robinson continue to deliver impressive performances for the Championship leaders, there may be many more fans calling for Bilic to make his transfer permanent in the summer.