While it was Billy Sharp and John Lundstram who scored the equalising and winning goals against Bournemouth, there was another player who Sheffield United fans singled out as a top performer against the Cherries.

Oli McBurnie won 12 aerial battles during the match, more than anyone else on the field, according to Sheffield United’s official Twitter account. Fans took to Twitter to express their gratitude towards the player, praising his performance and insisting that he has become a vital player for the team.

They reckon that over the past several games, he has really started to take on the Sheffield United way of playing, and is getting better with each passing game.

I look at Jimenez at wolves who is brilliant. Mcburnie can be as good as him given time

Just getting better with every game. Stepping up now

Brilliant in our team for the blades yesterday. Our striker

Do you think McBurnie needs to score to be good? 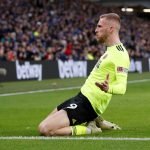 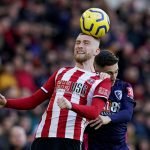 It is great to see the player getting so much credit for his work. Sometimes when a striker fails to score he can face criticism from fans, however, these Blades supporters fully understand what McBurnie brings to the field, aside from putting the ball in the back of the net.