Spurs and Newcastle United are both reportedly interested in signing Nice midfielder Wylan Cyprien in this month’s transfer window.

According to the Daily Mail, Newcastle have enquired about signing the 24-year-old, who has also attracted interest from Spurs. The Frenchman is valued at around £20 million by Patrick Vieira’s side and could potentially be a replacement for Moussa Sissoko, who was recently ruled out until April after suffering collateral ligament damage to his right knee.

Cyprien has made 21 appearances for Nice so far this season; contributing eight goals and four assists in an impressive campaign which has seen him average a 7.06 rating (as per WhoScored). The former French u’21 international has been a regular for Nice since joining from RC Lens in 2016; making 105 appearances for the club, but if the interest in him is genuine, then perhaps we could be seeing him in the Premier League this month.

Would Cyprien be a good signing for Spurs? 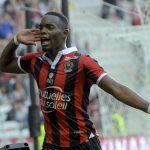 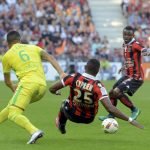 Spurs may be reticent to spend big on another French midfielder following the signing of Tanguy Ndombele in the summer, with the 22-year-old having struggled to adapt to the Premier League so far. However, Cyprien has consistently performed for Nice over the last few seasons and could provide Spurs with a goal-scoring influence from midfield.

Cyprien could perhaps replace Christian Eriksen, with the Danish international looking likely to leave in January or at the end of the season when his contract expires. With Nice reportedly looking for around £20 million for the midfielder, it would not be too expensive for Mourinho to bring him to North London this month.