In a video from Squawka News, which was reposted by Talking THFC on Twitter, Mourinho asked a journalist whether or not Bruno Fernandes would be signing for Manchester United this month, saying: “Is he coming or no?” The Sporting Lisbon man has been linked with both United and Spurs in recent weeks, but it looks as if a deal for the Portuguese international may now have broken down for Ole Gunnar Solskjaer’s side.

The 26-year-old has been in sensational form for Sporting so far this season; averaging an impressive 7.83 rating for the Liga NOS side, having contributed 13 goals and 10 assists in all competitions for the Portuguese side. However, it now seems as if we won’t be seeing Fernandes in the Premier League this season, although several Spurs fans are still holding out hope that he could join them before the conclusion of the transfer window.

Do you think Spurs have any chance of signing Fernandes? 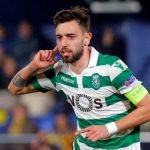 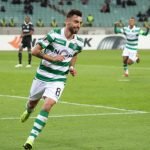 Reaction from Spurs fans to Mourinho’s comments on Fernandes can be seen in the tweets below.

Love our new Jose Mourinho joking and smiling but serious when has to be. At least we know he watches sky sports news knowing the journalist was in Lisbon last Friday lol

Does Jose know something we don’t

He knows that we’re buying him after Eriksen leaves.

Jose has something in his mind

I think we might get him next season, he knows something they don’t know.

The last “or not”
Wow we are really getting him

Bruno, Jose and our new signing Gedson all share the same agent. José is a huge admirer and we came very close to getting him, but Eriksen never left so we didn’t. Now Eriksen is all but confirmed to go. Makes you think

Some of these Spurs fans were clearly delighted with Mourinho’s comments and may now be slightly more confident that Fernandes could yet make the move to North London this month.

It seems unlikely that Daniel Levy would sanction such a big transfer for Spurs this month, although with Christian Eriksen potentially on his way out, then Spurs could yet bring in the 26-year-old as his replacement.