A lot of Newcastle United fans love an image released by their club, showing Allan Saint-Maximin with the caption “back soon” – with Steve Bruce set to welcome him back for the Chelsea clash.

Newcastle have badly missed Saint-Maximin and have only won two games without him.

Yes, he has that quality they have missed 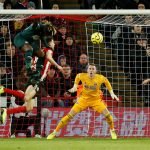 No, Chelsea will have too much 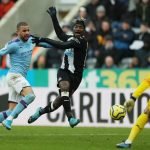 They beat Crystal Palace 1-0 in the Premier League and then beat Rochdale 4-1 in the FA Cup.

However, the French winger has trained for two weeks and could be ready for his return, which has excited these Toon fans.

Chelsea’s defence when they see Maximin running at them pic.twitter.com/MDoa6tiAVN

Can´t wait to see this man back.

Thing you live to see:

The one and only ASM

The winger, who is valued at £22.5m by Transfermarkt, posted a video earlier in the week of him dancing and looking like he is fit and ready for a return.

He has only scored one goal and provided one assist, but his pace and ability on the ball get Newcastle up the pitch, and to have that unpredictability back in the Toon’s side should make them a more dangerous prospect to face for the rest of the season.