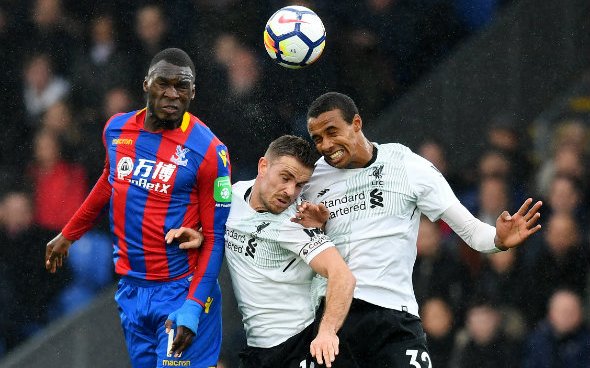 Aston Villa fans have taken to Twitter to plead with former Villa striker Christian Benteke to return to Birmingham in the upcoming January transfer window.

This comes after Villa fan account @astonforza shared a post on their page asking their followers if they would take the current Crystal Palace forward back at Villa Park.

This post then gathered many replies from Villa fans who were keen to share their desire for a Villa return for Benteke in January.

Here’s a sample of Villa fans eager to see Benteke sign for Villa in the upcoming transfer window:

Yes, for a low price, it’s a risk but could go amazing

The writing is on the wall.

The Belgian striker spent three years at Villa Park before making a move to Liverpool for a whopping £41.85 million (per Transfermarkt). Benteke made 101 appearances for Villa, scoring 49 goals and making 12 assists (per TransferMarkt), but is now plying his trade at Crystal Palace.

Now with the January transfer window approaching, some Villa fans think now would be a good time to bring Benteke back to the club he left in 2015.

Thrives on confidence, would feed off VP crowd, win win

YES. Would do wonders to have him and Wesley working alongside each other in training

Given how impressive Benteke was for Villa during his time at the club, it’s understandable why some Villans have been calling for the club to bring him back in January. If the Belgian, who is valued at £13.5 million (as per Transfermarkt), is open for a move away from Palace in January, maybe a return to Villa would be a serious option for Benteke given how well-liked he still is there, and he could be gifted plenty of opportunities with the likes of Jonathan Kodjia and Keinan Davis failing to support Wesley.