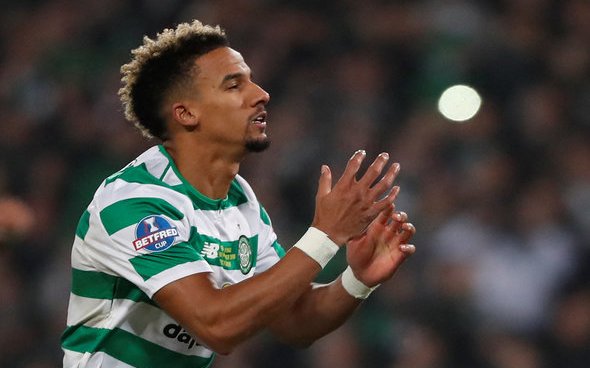 Scottish side Celtic are seemingly convinced that former Manchester City winger Scott Sinclair is looking for a move away from the club in January, as per Football Insider.

A feeling has emerged at the club that the winger is using social media to show that he is prepared to leave the club at the next possible chance.

The 30-year-old, who is valued at £3.6 million (as per Transfermarkt), has been very active on Instagram in recent days and has been posting images of him working out and trying to be in the best physical condition as possible. The most recent one saw Sinclair show off how he has been working out in the gym.

It was captioned: “No matter what the situation, I’m focused and ready..!”

The Hoops are convinced that through these social media activities, Sinclair is telling potential suitors that he is in the best condition possible to play for them.

Outcast and out of plans

Sinclair is now 30 and is playing his fourth season at the club. He joined the Hoops from the then-Premier League side Aston Villa in the summer of 2016 for an undisclosed fee on a four-year deal.

This season, the former Manchester City man has made six appearances in all competitions for the club. But none of them have been starts – be it in the Premiership or in the Champions League qualifying rounds. But Sinclair has found the back of the net twice during this period.

Last season, the winger had played 28 times in the Premiership for the Bhoys. He had bagged a tally of nine goals and also had three assists to his name.

Since his arrival from Villa Park, Sinclair has played a total of 166 times in all competitions for the Glaswegian side. In total, he has scored 62 goals and has racked up an impressive tally of 34 assists too.

During his career, Celtic is the club he has spent the most amount of time at. Apart from Villa and Man City, Sinclair has also had spell at Swansea, Wigan, Chelsea, West Bromwich Albion and Queens Park Rangers.

As things stand, the Hoops seem to be loaded in the wide areas. Neil Lennon has played a 4-2-3-1 in the league so far but has changed it to a three at the back shape in the European clashes against Lazio.

The last few games have seen Mohamed Elyounousi play on the left and James Forrest feature on the right flank on a regular basis. Olivier Ntcham has played in the number ten spot, with Odsonne Edouard playing upfront. Ryan Christie and Lewis Morgan add depth to those areas and so does the experienced Jonny Hayes.

This means that Sinclair likely won’t get regular football anytime soon. And at the age of 30, he still has some good years of football at the top level left in him. He needs to leave, considering how well he played as recently as last season.