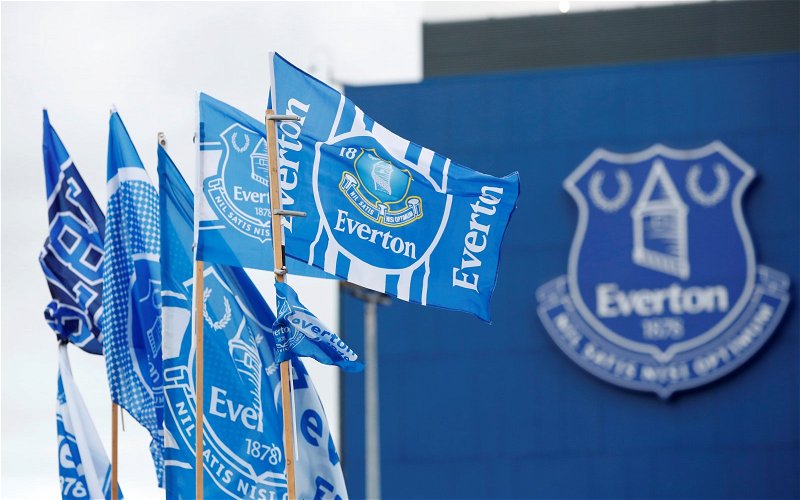 A number of Everton fans have been reacting on social media after Under 18s forward Rafael Garcia signed his first professional contract.

The Toffees announced the striker’s new deal on Tuesday, October 22 after he turned 17 earlier in the month, and keeps the youngster at Goodison Park until the summer of 2022.

Garcia moved to Merseyside from Fulham in 2017, having started his career in West London with the now-Championship Cottagers, and has praised the support received by the Toffees since his switch away from Craven Cottage.

“Signing a first pro contract is a huge thing and hopefully it will be the start of something big,” he told EvertonFC.com.

“I’ve had so much help since I’ve joined Everton, from my teammates, my coaches and the staff. The people at Everton are very nice and very kind. The transition has been easy.”

Everton penning Garcia to a long-term contract suggests how strongly they consider his potential, and many fans seemingly agree with that notion.

Some have been reacting to news of his new contract with messages congratulating the youngster on his new deal, and noting that it is ‘well deserved’ and that he should ‘keep doing what you’re doing’.

All the best for ur future mate u have signed for the best club in the world.

Good luck for the future

Garcia has been unable to feature for Everton’s youth sides this season as the forward sustained an Anterior Cruciate Ligament rupture in pre-season, which will rule the teenager out of the entire 2019/20 campaign.

For some Toffees fans, this was a key topic they sought to shine a light on as they reacted to the news of the former England U15s and U16s international’s new deal, who would also be eligible to represent Spain at international level (Football Wonderkids).

News that Garcia has penned new terms has also seen one Everton fan suggest the Merseyside outfit should be looking to complete deals with other members of their academy, such as Lewis Gibson.

The centre-back is in the final year of his current deal, and has attracted interest from around Europe for his potential availability on nothing more than a compensatory fee in the summer.

Gibson moved to Goodison Park from Newcastle United in 2017 for a potential £6million, and has been linked with a return to the North East (Football Insider) as well as Rangers (The Athletic), and Eredivisie sides PSV Eindhoven and Ajax (90min).