West Ham should look to revive their interest in Ajax right-back Joel Veltman next year after the Netherlands international confirmed that the Hammers wanted to sign him in the summer.

Dutch newspaper De Telegraaf reported in July that West Ham made an approach to sign the 27-year-old defender but it has now been revealed by the player himself that Ajax blocked any chance of him leaving Amsterdam to head to England.

Speaking to NOS, Veltman confirmed that there were a number of clubs eyeing up in the summer and West Ham were one of them.

“Everyone knows that I would like to play abroad again. West Ham United were interested, but there were more clubs. However, Ajax put a stop to it. I was not allowed to leave,” said Veltman.

“I also wanted to leave in 2018, but then I got injured. I started my eighteenth season here, but I’m still fine.”

It is not hard to see why Ajax stopped Veltman from leaving in the summer because he has so far made eight appearances in all competitions for them.

However West Ham need to try again and launch a swoop to sign the Dutchman next summer because as it stands, Manuel Pellegrini could lose Pablo Zabaleta at the end of the season when his contract at the London Stadium expires. 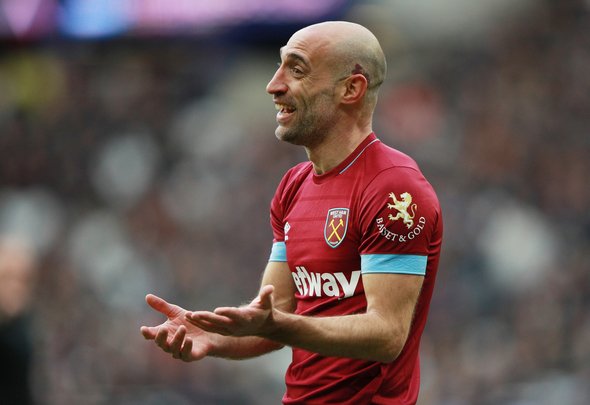 If Zabaleta, 34, leaves then that could mean that Ryan Fredericks is the only right-back left in the senior squad at the London Stadium and a replacement for the former Manchester City right-back would be needed.

Veltman could be a very good replacement.

The 27-year-old has spent his entire career with Ajax, earning 224 appearances across all competitions for them, 20 caps for the Netherlands and lifting three Eredivisie titles.

Veltman was also a part of the Ajax squad that reached the Europa League final in 2016/17 and the Champions League semi-finals last season.

He is someone with a lot of experience and a proven track record of winning silverware and playing for a team that has punched above it’s weight in Europe in recent years.

According to stats by WhoScored, Veltman could also give Fredericks a run for his money based on his performances so far this season.

The Ajax star has averaged more shots at goal, key passes and dribbles per league appearance than what Fredericks has so far managed with West Ham in the Premier League. 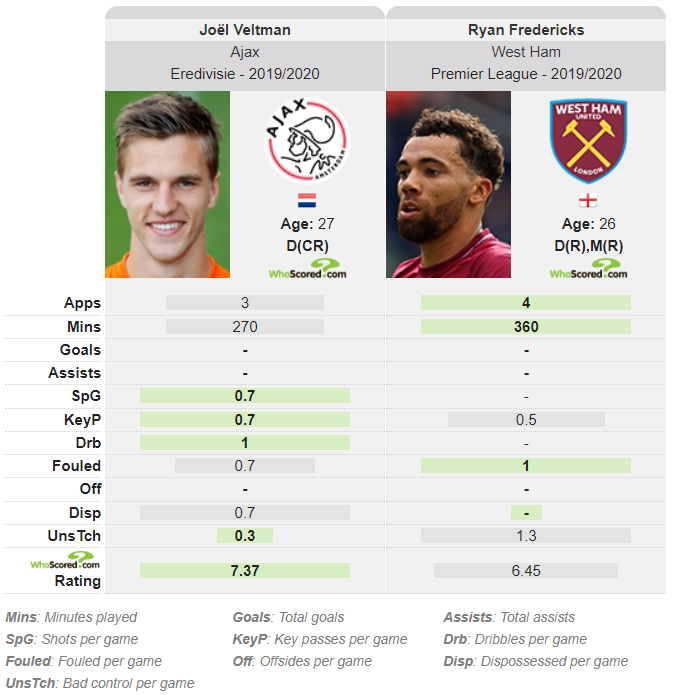 Veltman has also averaged almost double the number of passes per appearance than what Fredericks has so far managed at the London Stadium, as well as completing more crosses in one less league appearance. 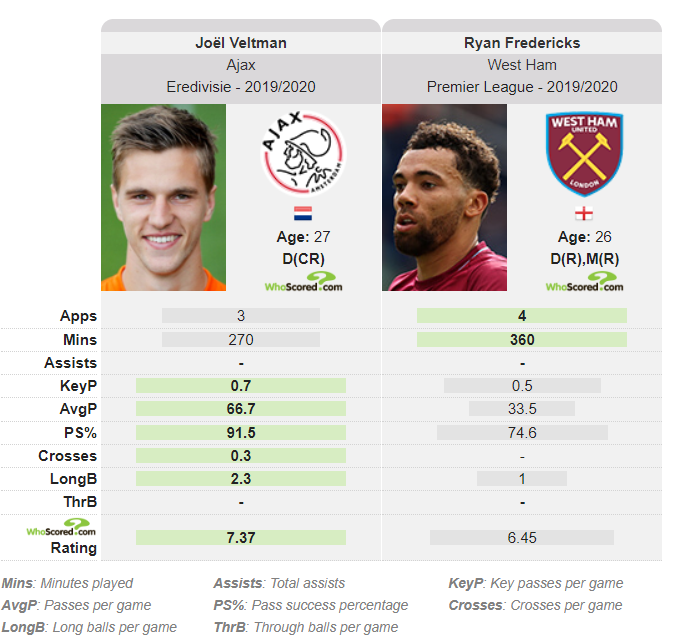 Ajax have had a relatively straightforward start to their league season to be fair with the Eredivisie title holders playing against Vitesse, Emmen and Sparta when Veltman has been on the pitch.

However there’s no denying that Veltman’s early stats stand out massively in comparison to Fredericks and it could be a top piece of business by Pellegrini if he was to sign the Dutch international to replace Zabaleta next year.