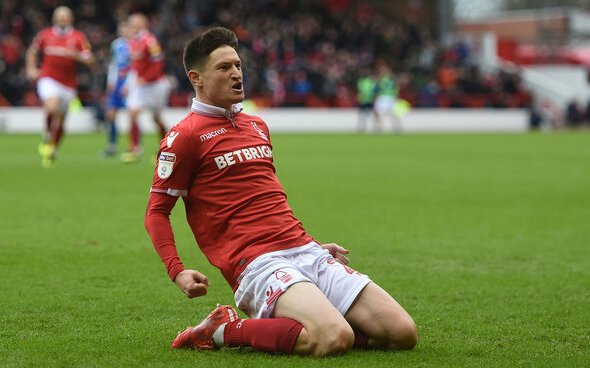 Some Aston Villa fans were so put off by Nottingham Forest wanting £15million for Joe Lolley that they urged their club to sign Hull City’s Jarrod Bowen instead. Journalist Alan Nixon reported, via his personal Twitter account and in The Sun, that Forest wanted that amount which was double what the Villans tried to buy the attacker for in January. While Lolley did score an impressive 12 goals 13 assists in 51 outings in his 2018/19 campaign, which should be enough to warrant a £15million price tag, one Villans fan below thought that was way too much. However it seemed a number of supporters all wanted Bowen instead, and he surely won’t be that cheap. The 22-year-old scored 22 goals in 44 outings for Hull in his latest season and the Daily Mail’s estimated in December that he was valued at £6.5million, which surely has to be wide of the mark. Also wouldn’t Lolley, who is an Aston Villa fan (Source: Sky Sports), be worth paying a bit more for than going after a player who went out of his way in an interview with Sky Sports to deny that he supported the Villans.

Have to agree with everyone, I’d go for Bowen over Lolley

Surely Bowen better value for money too much imo

Too much! Would much rather spend £15m on Bowen.

I wouldn’t pay £15m for Lolley.
Would rather spend it on Bowen! #AVFC