Mauricio Pochettino wasn’t in a great mood in today’s pre-match press conference but he did have some good news about his side’s fitness for once.

There were no new injuries to report and in fact he had a new player to announce (of sorts). After not being able to get rid of striker Vincent Janssen in the January window, and with Tottenham’s striker crisis, the 24-year-old has been welcomed back into the first-team fold “as of today”.

However, he won’t be available for Saturday’s game, which means Pochettino has to decide whether to go with Fernando Llorente again or try something different.

We go with the latter. Llorente actually had a good game on Wednesday but if Spurs don’t play to his strengths (he’s rather tall), what’s the point?

They almost lost the game and the late goal he scored doesn’t negate the two sitters he missed.

We think Pochettino should put Lucas up top, with Heung-min Son in behind. That’s a much more “Tottenham” attack.

If Pochettino makes these four changes, his side will cruise past Newcastle at Wembley: 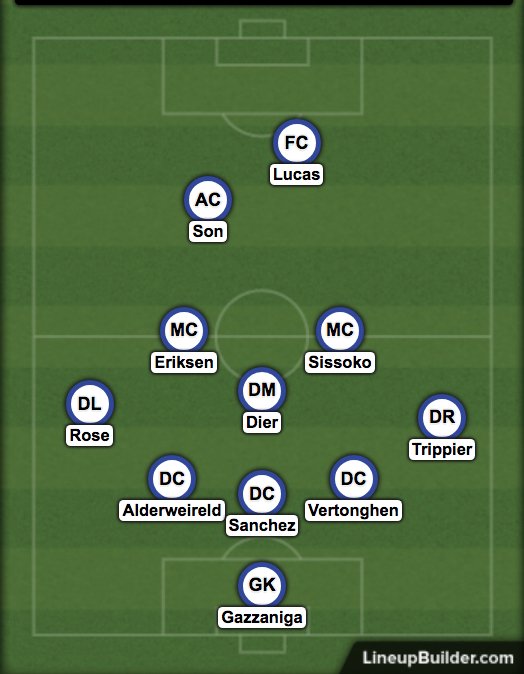