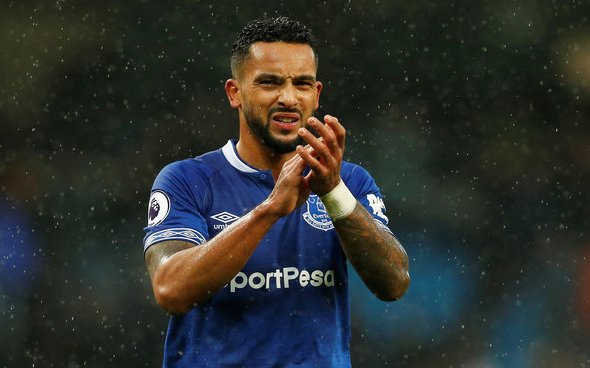 Everton attacker Theo Walcott may have set a new record when it comes to how quickly he had fans urging for him to get off the pitch when playing Cardiff City on Tuesday. Within 10 minutes, the 29-year-old winger seemed to have many Toffees fans tearing his latest display apart, with one even taking a dig at his new hairstyle. It’s easy to see why supporters were so quick to get on Walcott’s back as he has been awful all season. The attacker has struggled to submit any form of a positive display and after featuring 29 times across all competitions this season, it’s starting to become absolutely mystifying why Marco Silva continues to select him. While the Toffees boss may not have amazing options to play when it comes to his attack, surely it’s worth giving others a try ahead of Walcott. The 29-year-old is showing no signs of improving and he doesn’t seem to have the blistering pace he once had in the earlier stages of his career. The Toffees ended up going in to the break with a 1-0 lead over Cardiff at half time, and yet that didn’t stop fans being angered at Walcott.

Walcott is getting into unacceptable hair territory. That and being rubbish is not endearing

Awful shot from Walcott there.

I wonder what time Walcott will be substituted today?

My God, Walcott is shocking

Walcott, Calvert Lewin, Jags and Morgan should be no where near this team