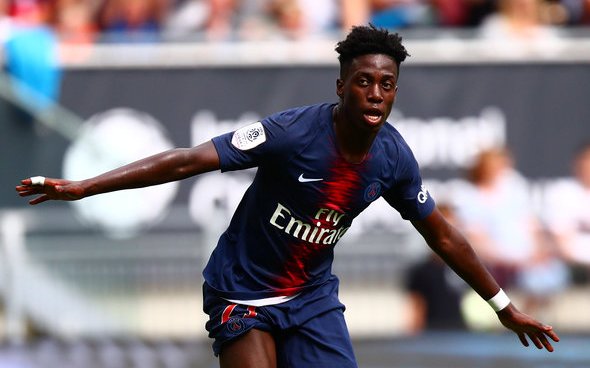 Many Celtic fans despaired over the fact that attacker Timothy Weah only made the bench for Wednesday night’s clash with St Mirren. Several tweeted gifs and pictures to share their sadness as they wanted the 18-year-old forward to start upon Celtic posting the line-up on their official Twitter account. One Hoops fans was so disappointed by the news he was willing to riot, while others were clearly just hoping he made it off the bench in the game. Weah arrived at Celtic recently after joining the club on loan from French giants Paris-St Germain and clearly has fans are eager to see what he can do when featuring in a league game. The teenager recently featured in the Scottish Cup against Airdrieonians FC where he came off the bench and scored his first goal for the club during a 3-0 win. Weah showed all the signs that he could be a player that would eventually be a fan favourite amongst supporters as not only was he clinical, he looked like having the sort of skills that got fans out of their seats.

Come on the Hoops! ???? pic.twitter.com/dWUyUDGHEm

Haha release the real lineup with Weah in it

Weah not starting? No weah

Weah on the bench start him or riot

Weah on the bench pic.twitter.com/xdK2IYUAZV

Weah on bench and no Boyata pic.twitter.com/QDLcEXNFKJ

Boyata? And get Weah on from start!!