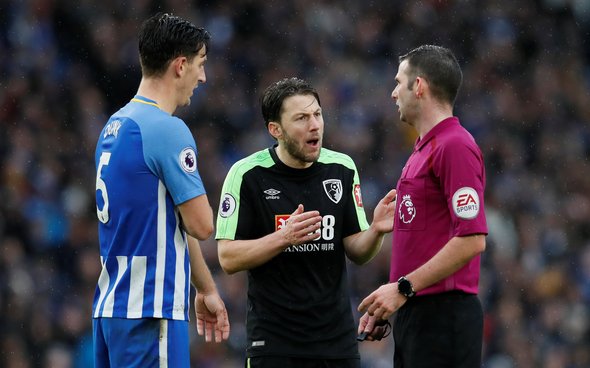 Arsenal have cooled off their interest in signing Brighton defender Lewis Dunk now new boss Unai Emery has joined the club, according to the Mirror.

The newspaper reports on their website that the Seagulls fan favourite was a key transfer target when former manager Arsene Wenger was in charge, who was even considering a bid for the player – but that has now come to a halt now Emery has begun his reign at the Emirates.

The 26-year-old has numerous Premier League admirers, but the South Coast club are reluctant to sell to any clubs in the top 13, especially after Dunk’s impressive performances in the club’s first season in the top-flight.

Arsene Wenger was seemingly a huge admirer of Lewis Dunk, which comes to no surprise given his status at the club. However, Emery has signed a number of defenders in the shape of Lichensteiner and has indicated that he has sufficient reinforcements for now. A bid for the Brighton-born centre-back would have almost certainly been made if Wenger was still in charge – but that now appears to have changed now Emery has his own ideas for the North London-based outfit. Dunk has starred in all 38 of the Seagulls’ Premier League outings during the 2017/2018 campaign, and that looks set to continue unless Emery changes his mind in the January transfer window. The Gunners’ defence looked weak prior to the recent summer signings and Dunk would have most certainly fitted the bill given his level of experience as a defender, but for now boss Chris Hughton can rely upon him to put his body on the line when Brighton need it most.