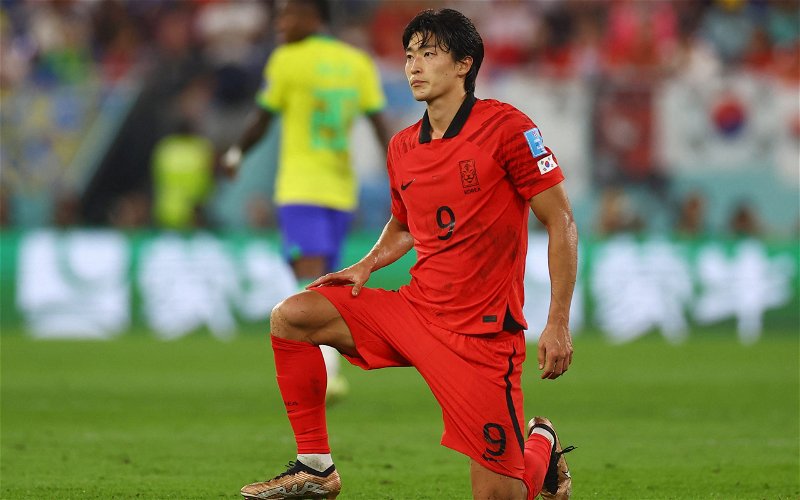 Celtic manager Ange Postecoglou has admitted that only ‘10 percent’ of Cho Gue-Sung’s links to the club are ‘anywhere close to the truth’.

The South Korean was a standout performer for his nation at the World Cup, which has since seen him attracting interest from the Hoops, Rangers and Mainz.

Recent reports have suggested that the 24-year-old is currently favouring a move to the Bundesliga over the Scottish Premiership, and Postecoglou has since publicly spoken on the situation. 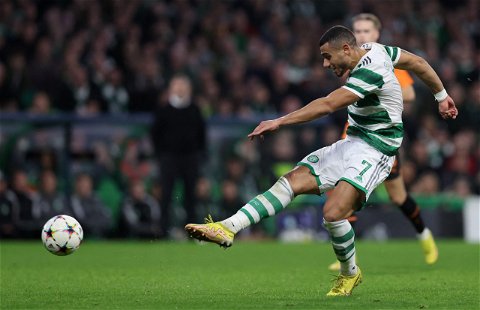 When asked about links to Cho during his Friday pre-match press conference, Postecoglou said:

“I’m not sure who is linking us, so I don’t really know.

“I’m not across it all the time but Iain (Jamieson) keeps me abreast. I reckon about 10 percent of what is out there is anywhere close to the truth.

“I don’t think that is because people are deliberately being misleading. People get a bit of information from their cousin’s barber’s neighbour and it becomes Celtic are linked to a player.

“From my perspective again, I don’t really stress about that stuff. People have seen in the past that we do it. We don’t do it through the media, links or speculation. If there’s an opportunity there and we feel good about it, then we’ll move quickly and get it down.”

TIF thoughts on Cho to Celtic…

Since Postecoglou made his comments, Korean reports have claimed that Cho won’t be sealing a switch to Parkhead as a result of feeling like the club don’t want him enough, which is a huge blow for the Bhoys if true.

The striker posted a remarkable 26 goal contributions in just 35 appearances across all competitions last season and would have offered versatility, with the ability to operate on the left-wing alongside at centre-forward (Transfermarkt).

Giorgos Giakoumakis is set to undergo a medical ahead of a potential move to Urawa Red Diamonds, so it’s important that Celtic find a suitable attacking replacement before the end of the window.