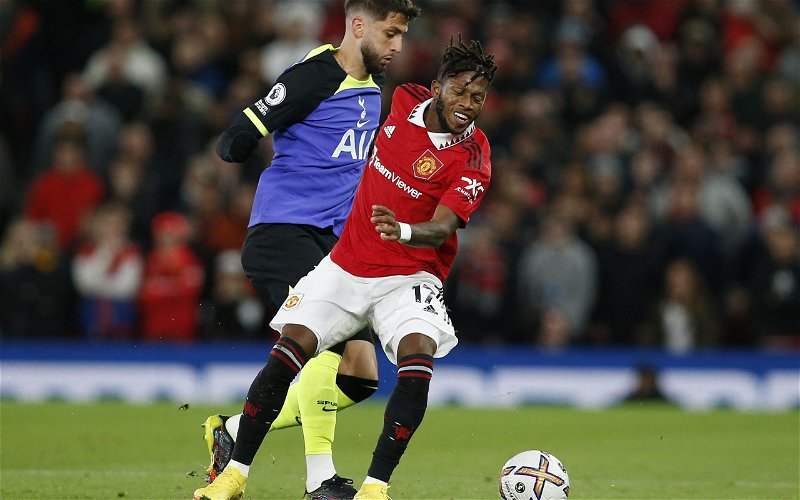 The Uruguayan suffered an inductor problem in December and has been on the sidelines for Spurs since then. The injury was sustained at the World Cup where the South American nation took on Ghana.

Bentancur has been a key player for Tottenham this season. He has the second-highest average Premier League rating on Sofascore of any Tottenham player with 7.27 behind only Harry Kane.

Speaking on Premier FPL Injuries, Dinnery said that the player isn’t ‘quite ready to start’ due to suffering an injury setback.

He stated: “Bentancur, we know that he’s been managing that adductor issue since the World Cup, he had a little bit of a setback. Again, he shouldn’t be far but I don’t think he’s quite ready to start a game of this type of magnitude.”

We believe it’s a wise move from Antonio Conte to not rush Bentancur back, as it would be a complete disaster if he were to pick up another injury especially if it was a long-term one.

Spurs will hope to have a strong squad as soon as possible as they look to break into the top four. They’re two points behind Manchester United in fourth who have a game in hand on them.

Having Bentancur, who has been hailed as ‘amazing’, back at 100% for the stretch of the season is much better than rushing him back just for a single game, even if it’s against their North London rivals.

For a player who tends to operate as a central midfielder and sometimes deeper in a holding role, the Spurs man has some decent goal-contribution stats.

Bentancur has 4 goals and two assists in the Premier League from 14 appearances, and the Spurs faithful will hope he can add to that tally upon his return.