Premier League: What Could Happen in the Second Half of The Season? 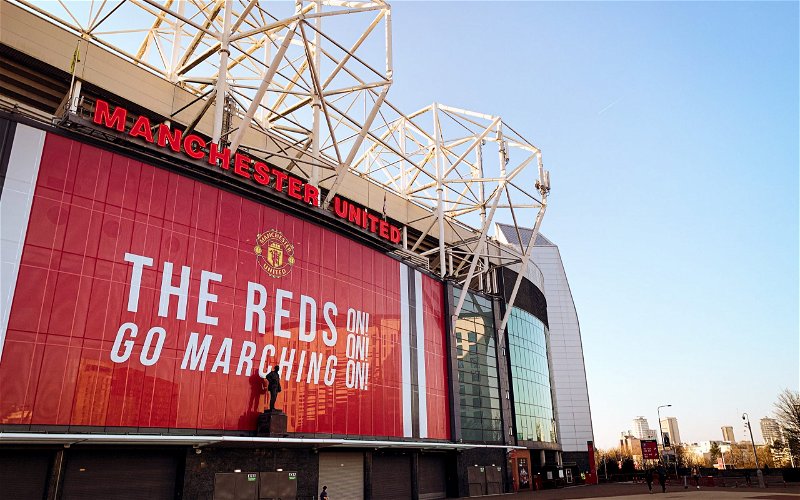 Many football fans were gloomy following the culmination of the FIFA World Cup in Qatar. On the one hand, we finally witnessed Lionel Messi secure his crowning moment, lifting the famous gold trophy and securing his legacy as the greatest football player that’s ever lived. But on the other hand, the four-week footballing extravaganza was at an end.

The Premier League’s return on Boxing Day has left memories of the showdown in Qatar firmly in the rear-view mirror. There have been several spectacular games since the English topflight got back underway. Firstly, Manchester United have been inspired by the rejuvenated Marcus Rashford, who has scored in each of three consecutive victories for the Red Devils, victories that have seen Erik Ten Hag’s man rise back into the top four.

At the opposite end of the table, Southampton, Wolverhampton Wanderers, and Nottingham Forest currently occupy the three relegation places. All three sides look to be in deep trouble, as do Frank Lampard’s Everton. The Blues were thumped 4-1 at home to Brighton on January 3rd and online sportsbook Bovada has slashed odds on the Goodison Park club falling through the trap door this term.

At the division’s summit, it seems that we will have a genuine title race on our hands this term. Arsenal’s victory over the aforementioned Brighton on New Year’s Eve saw the Gunners pull out a massive seven-point lead over reigning champions Manchester City. And it is at the Emirates where we start…

A first Premier League title for Arsenal since the invincibles?

Undoubtedly the story of the season so far has been Arsenal’s young gunners rising like a phoenix from the ashes. Last season, they looked set for a first return to the UEFA Champions League since the days of Arsene Wenger. However, two defeats in their last three games saw them finish the season in fifth, with arch-rivals Tottenham Hotspur claiming the fourth and final Champions League place.

It appears that Mikel Arteta took those defeats personally. This season, his young side has racked up an almighty 14 wins in their first 17 games, losing just once. They have picked up victories over Liverpool, Chelsea and North London rivals Spurs.

They headed into the World Cup-enforced winter break with a five-point lead over Manchester City, a lead which they extended on the South Coast on New Year’s Eve. A slip-up at home Newcastle – a game in which the Gunners could have been awarded two penalties on another day – has opened the door for the title rivals. Mikel Arteta will be hoping that the goalless draw with the Magpies was a slip-up and nothing more, especially with a tough month ahead.

Over the new four weeks, Arsenal must travel across North London to contest the Derby, as well as hosting Manchester United and their city rivals, who are aiming to lift the title for the fifth time in six seasons. Can the Gunners hold off Pep Guardiola’s juggernaut and claim a first title since the days of the invincibles almost two decades ago?

Another story that looks set to continue into the second half of the campaign is Newcastle United’s flirtations with a place in the top four. When the club was taken over by their Saudi Arabian owners, the club were looking over their shoulders at a potential drop back down to the Championship. But the appointment of Eddie Howe has proven to be a masterstroke.

The former Bournemouth boss has rebuilt the Magpies and has transformed them from potential relegation candidates to genuine top-four contenders. And even more impressively, he hasn’t spent bucket loads of money in doing so.

Admittedly, there have been some lavish purchases. Bruno Guimarães arrived from Lyon for £40m last January, while Alexander Isak swapped San Sebastián for St. James Park last summer for £63m. Talented young Dutch defender Sven Botman also arrived for a fee of £35m, but other than that, the rest of the Magpies signings have cost £15m or less, with Howe doing plenty of shrewd business in the transfer market.

If we compare Newcastle’s timeline to that of Manchester City and when they were taken over by the Abu Dhabi United Group, the Magpies are miles ahead of their counterparts and have spent considerably less money.

12 months on from the Blues’ big money takeover, they had forked out eye-watering sums of money on the likes of Carlos Tevez, Emmanuel Adebayor, and Kolo Toure, fees that would be even more gobsmacking when adjusted for inflation. Even then, City could still only manage a fifth-place finish in the Premier League. Could the Tyneside club be set to top that this term?