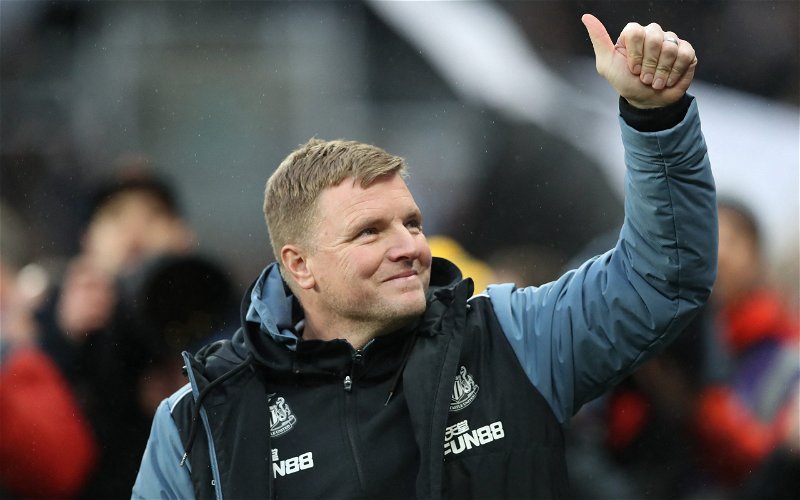 While speaking on Sky Sports, reporter James Savundra has claimed Keith Downie has told him how the midfield is Newcastle United’s priority position this month.

Not many Newcastle fans or even PIF may have thought in their wildest dreams that, come January, their team would be sat in the top four and in the semi-finals of the Carabao Cup.

However, that is indeed where they find themselves, and after Dan Ashworth admitted (52:28) prior to their latest win that it’s tempting to add to the squad now, many may be getting excited for what’s to come. 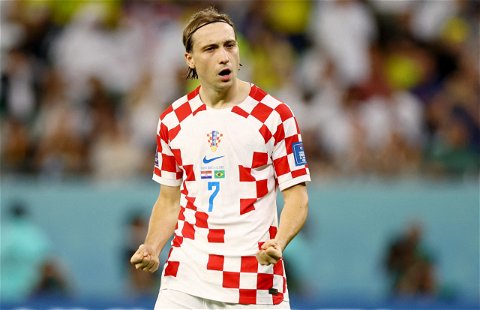 It has been reported and analysed by The Athletic that Newcastle see the No 6 position as one they wish to improve this month, so links to  the likes of Youri Tielemans shouldn’t be surprising.

Savundra has revealed that after speaking to Sky Sports reporter Downie, he isn’t surprised to find out that the midfield area is where Eddie Howe wishes to strengthen, especially in light of Jonjo Shelvey’s injury.

He said: “I had a really good chat with the north-east reporter, Keith Downie, our man up there, and he suggested that position of centre midfield/defensive midfield is becoming more of a priority because Jonjo Shelvey is out injured again. They are very light in midfield at the moment.

“As we’ve seen in the last couple of matches, he’s not really had the opportunity, Eddie Howe, to rotate as much.

If Newcastle are to be competitive in the second half of the season in both the Carabao Cup and the Premier League, they should be looking to add depth this window to help them cover any potential injuries.

As showcased by the injury to Shelvey, just one absentee can have a huge impact on the squad, because as things stand, Howe is starting all four of his centre-midfielders at once – which won’t be good as the season gets older.

Therefore, bringing in someone such as Tielemans, who is Premier League-proven and could be signed at a cut-price fee given his contractual situation, would be a very smart move for the present but also the future as the Magpies look to grow as a club.