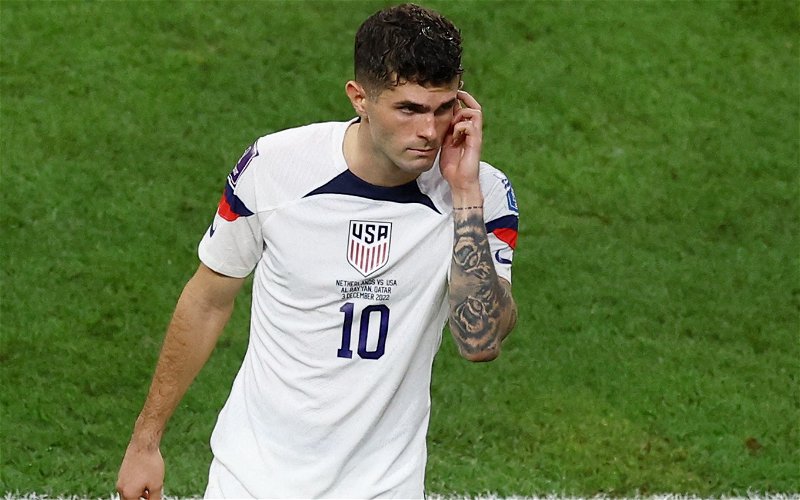 Romano said that Pulisic could be allowed to leave Stamford Bridge if the Blues sign another winger, which will alert the attention of Newcastle, who held previous interest in the 24-year-old.

It was reported earlier in December by The Mirror that the Magpies were interested in making Pulisic their next statement signing with a price tag of around £40m.

The Chelsea winger has blown hot and cold throughout his time in west London following his £58m move from Borussia Dortmund in 2019.

His inconsistency comes as Graham Potter reportedly seeks stronger options, with the Blues linked with a January loan move for Joao Felix by The Telegraph – potentially at the expense of the American.

Romano revealed on House of Champions that Chelsea’s interest in Felix and other attacking options could see Pulisic cast aside, opening the door for Newcastle to potentially swoop in.

He said: “I think if a new winger will join in January, I think for Pulisic there will be a chance to leave the club, let’s see where because at the minute there are no negotiations advanced with any club.

“But of course, there have always been clubs interested in Pulisic, we know also in the summer Newcastle and many others approached Chelsea but they only wanted a permanent transfer.”

Pulisic would likely welcome the opportunity for improved game time after starting only seven games so far this season, with a potential move to high-flying Newcastle surely piquing his interest.

The Toon would be hoping that the promise of regular game time will see the American show his best and pick up a consistent run of form, which he has struggled to achieve at Chelsea.

Although few and far between, the 24-year-old has shown true brilliance in spells, with an eight-game run in his first season in England bringing four goals and four assists, though various injury and rotation issues have limited his chances to reach that level again.

With Eddie Howe’s side in with a serious chance of finishing in a top-four spot, an option like Pulisic to reinforce their attacking prowess is surely a possibility to be jumped at.