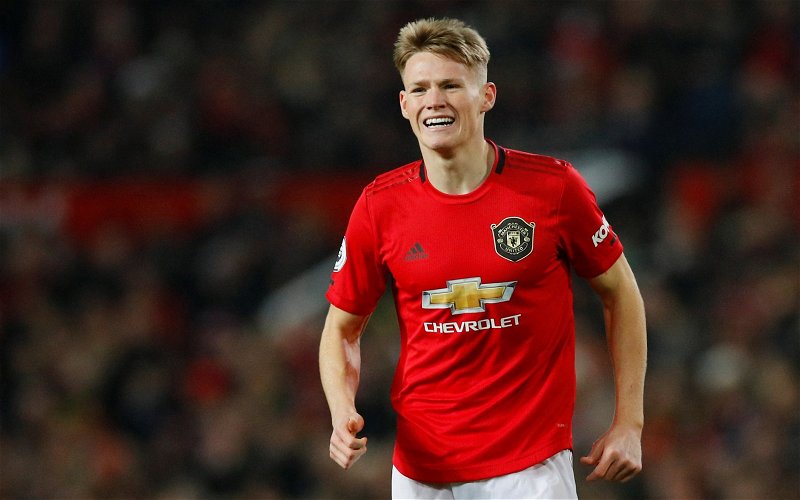 North East reporter for Sky Sports Keith Downie says that Newcastle United have ‘recently’ made an ‘enquiry’ over the availability of Scott McTominay.

It was reported by The Daily Mail’s Craig Hope earlier this month that McTominay ‘retains admirers’ within Newcastle, after reportedly being keen on signing him in the summer.

The Athletic have also reported that the St. James’ Park outfit have watched Leicester City’s Youri Tielemans and Brighton and Hove Albion’s Moises Caicedo extensively, as Eddie Howe targets a new No.6.

Speaking to GiveMeSport, Downie has shared that the North East club have ‘recently’ made an ‘enquiry’ over McTominay, when discussing their midfield targets:

“The one thing they’ve got in common [McTominay, Tielemans and Caicedo] is they’ve all played in the Premier League. I think there was an enquiry made for McTominay recently, perhaps even on loan, but I don’t think Man United want to do it.”

As with both Tielemans and Caicedo, McTominay offers a vast amount of Premier League experience, which means that he would need little time to settle in on Tyneside.

Hailed as a ‘physical monster‘ by one of his old managers Ole Gunnar Solskjaer, the six-foot-four colossus ranks in the 99th percentile for clearances, 96th for aerials won and 88th for dribbles completed per game of all defensive midfielders in Europe’s top five leagues over the past year (FBRef), highlighting his strengths in the middle of the pitch.

With Jonjo Shelvey’s contract expiring in the summer, the Magpies could do worse than replacing him with McTominay, who is four years younger than the 30-year-old.