Manchester United: Axel Disasi’s name is ‘starting to crop up’ 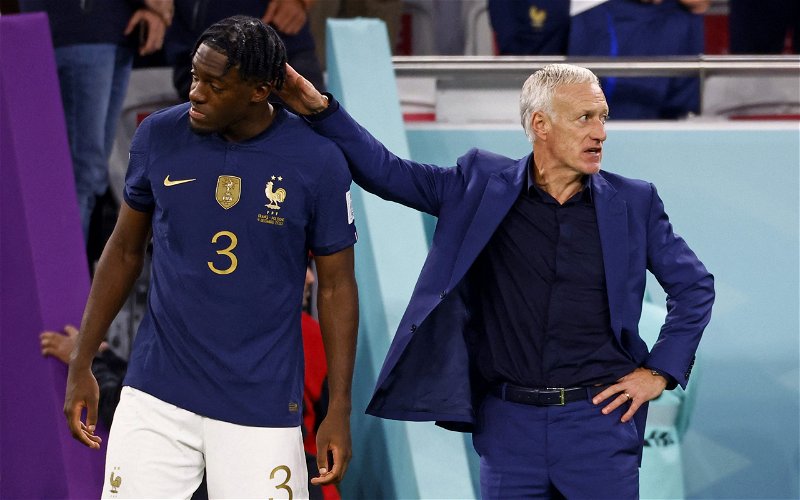 Manchester United target Axel Disasi’s name is ‘starting to crop up’ behind the scenes at Old Trafford, according to transfer expert Dean Jones.

The Frenchman has recently been the subject of interest from the Red Devils, alongside Premier League rivals including Tottenham Hotspur and West Ham, despite his contract with AS Monaco not expiring until 2025.

The Ligue 1 giants are reportedly open to completing a deal with potential suitors should they receive a substantial fee, and Erik Ten Hag’s side have started initial negotiations with the 24-year-old regarding a switch either this month or later in the summer.

Speaking to GiveMeSport, Jones insisted that Disasi fits the project of what United are looking to achieve in years to come and claimed that defensive reinforcements are needed given the uncertainty over the future of a couple of the players. He said:

“I think we already know that Maguire and Lindelof may not have a long-term future at United.

“So with that in mind, someone like this Disasi might be more in line with the long-term vision at Man United. And that’s probably why that one is starting to crop up.”

TIF thoughts on Disasi to United…

Captain Harry Maguire has been heavily linked with an exit this month, so should he depart before the end of the window, Disasi would be the perfect replacement.

The 6 foot 3 colossus currently averages three clearances and 2.4 aerial wins per league game, highlighting the rock he can be at the heart of a backline (WhoScored).

Disasi won’t come cheap having previously been quoted at approximately £44m, but he is a player definitely worth splashing the cash on if the manager views him as one for the future of the club.