When Chelsea confirmed over the summer that an ownership deal had been signed by Todd Boehly and the Clearlake Capital group, there was a huge expectation that Stamford Bridge would see a flurry of exciting arrivals in an effort to take us back to the top of the Premier League.

Boehly was true to his words with the likes of Raheem Sterling, Kalidou Koulibaly, Marc Cucurella, Wesley Fofana and Pierre-Emerick Aubameyang all coming into the club, and the spending shows no signs of slowing down now that the first ever winter World Cup out in Qatar is now out of the way, as manager Graham Potter has seen the club move swiftly now that the January transfer window is open, and Benoit Badiashile, David Datro Fofana and Andrey Santos have been added to the group in the last week and a bit.

As we head towards out next fixture, Thursday evenings clash with Fulham at Craven Cottage, fans will continue to think we have hit on a Coral bonus code with our new owners as on Wednesday it was confirmed that our pursuit for Portugal and Atletico Madrid striker, Joao Felix, had been a success and we are paying an incredible 11 million Euro fee (£9.7 m) to simply loan him until the end of the 2022/23 campaign. 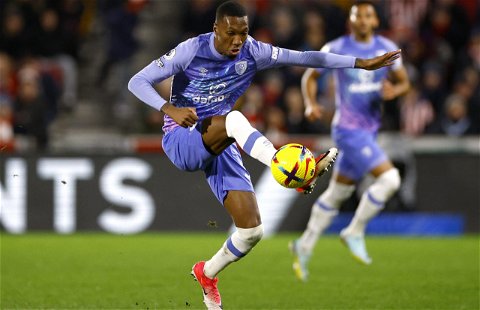 Report: Arteta eyeing 'under the radar' player; he thinks Arsenal are 'unbelievable'

Speaking to the BBC and other assembled media as his capture was confirmed, Potter explained that injuries had sharpened our focus for this window, particularly the loss of Christian Pulisic.

“He’s a quality player. He will make a difference in the final third of the pitch and I’m looking forward to working with him. He’s young, but still has lots of good experience and it’s given us all a bit of a lift. I’ve been aware of the potential deal for a while but the injuries we’ve had maybe sharpened our focus on it. But it’s nice to get him here and he’s been training today, which is positive for us.”

Felix did sign a 12 month extension with the La Liga side before signing his deal agreement, but Chelsea fans will have been delighted to see us beat off competition from Arsenal and Manchester United for the 23 year old’s signature – and we will also be paying his wages in full for the remainder of the season.

Felix himself, was certainly saying all the right words.

“Chelsea is one of the great teams in the world. I hope to help the team reach their objectives. I am very, very happy to be here and very excited to play at Stamford Bridge.”

It is an incredible loan fee, but with Atletico making him the fifth most expensive player in history when they paid Benfica £133 million for the then 19 year old back in 2019, this was never going to be a conservative deal.