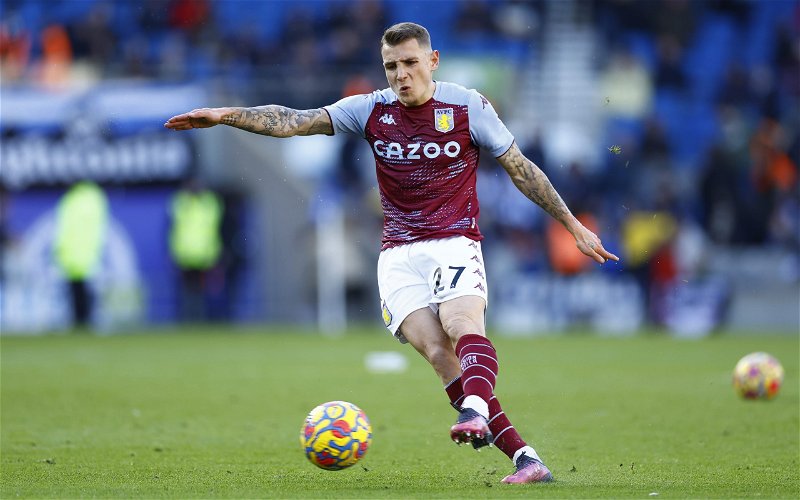 Lucas Digne has been tipped for an Aston Villa exit live on Sky Sports amid Alex Moreno’s arrival.

Despite only being signed last year under former manager Steven Gerrard, Digne appears to be set for a bench role at Villa Park following Moreno’s switch to the West Midlands.

Digne has had a mixed time of things during his Villa career, having experienced a number of injuries that have stagnated his career, while Emery appears less than impressed by the defender judging by his decision to add to his option in the Frenchman’s position.

It is an interesting move from Emery to recruit someone such as Moreno as he is not much younger than Digne, so it may be a case of the left-back not being able to carry out instructions effectively enough.

And Sky Sports reporter Anton Toloui has admitted live on air that he wouldn’t be surprised if Digne was one of the first players to seek a move away amid the latest transfer news.

“I wouldn’t be surprised if he’s one of the first out the door – maybe not this window, but maybe in the summer if Moreno is the guy that Emery wants to go forward.”

It’s been an almost bizarre career for Digne having previously played for the likes of Barcelona and Paris Saint-Germain before departing for the Premier League where he’s turned out for Everton and Villa without winning any silverware or playing any form of European football.

Therefore, it’s hard to see what calibre of club he moves to next, as it seems unlikely he will slot into a top-six team in England, so a move back to France or another country on the continent could well be on the cards.

Villa should be able to at least get most of the £25m they paid for Digne last year back if they decide to sell him now or in the summer as he’s under contract until 2026 and labelled ‘brilliant‘ just 12 months ago prior to his move to Villa.