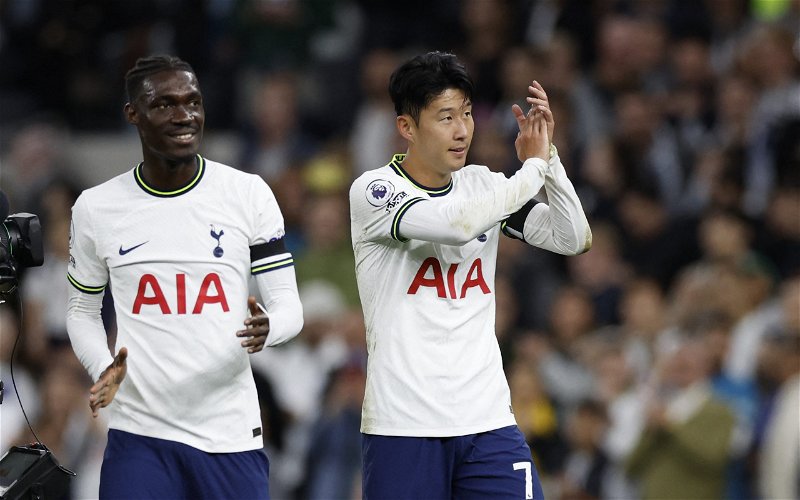 Alasdair Gold has claimed that Son Heung-min was lucky not to be hooked off on Boxing Day.

The journalist even claimed that had Richarlison been available, Antonio Conte would’ve likely replaced the South Korean, who disappointed yet again.

Son has suffered one of his worst seasons in front of goal at Spurs, with only five goals and two assists to his name so far this campaign.

It’s a far cry from his 23-goal Premier League campaign last year, which saw him finish as the league’s top scorer.

Spurs have been left light up front at times this season, with Richarlison and Dejan Kulusevski both suffering extended spells on the sidelines through injury.

And Gold feels this has led to the 30-year-old being given more chances to turn his form around than his performances have merited.

Speaking on the Gold and Guest talk Tottenham podcast, he said: “Still not the Sonny we know right now.

“I think if you had Richarlison on the bench, I would imagine he’d be getting hooked from some of these matches.”

As Gold mentioned, the incredible thing about Son’s record this season is all his goals have come in just two games, meaning he’s failed to find the net 18 times this season.

Last season he only blanked 20 times in the league and Europe, showing just how far off the pace he’s been.

With Richarlison injured and Lucas Moura and Bryan Gil completely forgotten by the Italian, Spurs are reported by Dean Jones to be after a forward signing.

It could be the best way to kick the South Korean back into form with him currently completely unopposed for his place in the starting line-up, with his reputation only taking him so far before he has to deliver again.