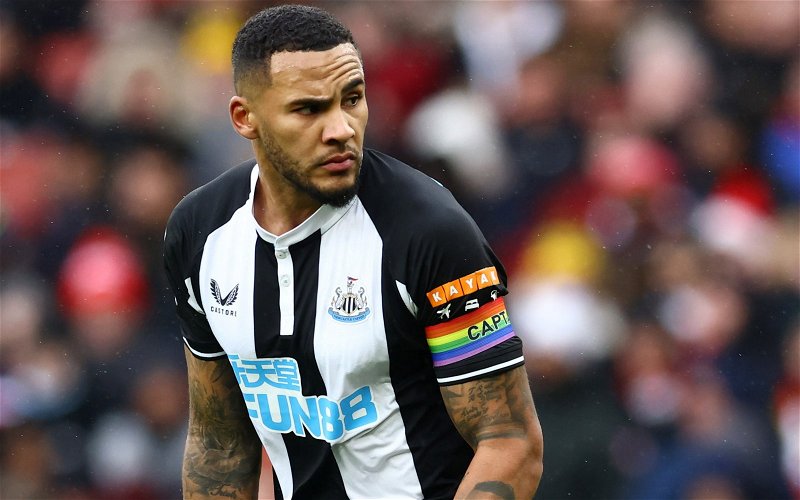 Newcastle United captain and defender, Jamaal Lascelles has stated that his ‘work ethic won’t change’ despite hardly featuring so far this season.

Back in the summer of 2016, it was manager at the time, Rafael Benitez who handed Lascelles the captain’s armband. However, about six-years later things have changed quite a bit.

The 29-year-old only has four league appearances to his name this season for the Magpies. He has featured twice in the Carabao Cup, he netted in a 2-1 win away at Tranmere Rovers. 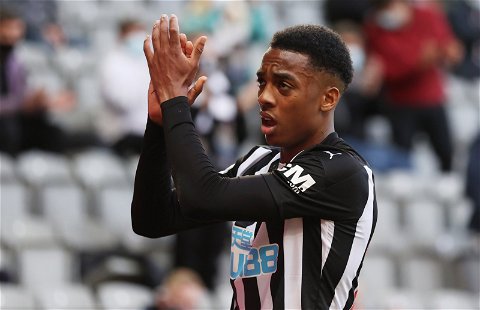 Despite that, Lascelles is still working behind the scenes. He knows that his attitude has a big impact on the dressing room.

He said (via The Chronicle): “On a personal note I have been on the bench for a while now. I completely understand.

“Especially as a defender, you never change a back four if they are fit and keeping clean sheets. As much as I want to play I totally support that. My work ethic won’t change. I will always be there when called upon.

“It’s huge [having a positive attitude]. I have been in dressing rooms that have been toxic.

“I’d never do that I’d always get behind the lads that aren’t playing and try to lead by example. If it’s not on the pitch it will be in the dressing room. I just think we have got a really special team and everybody is on board. I will support the lads as they’d support me.”

We believe that Lascelles has shown a great attitude in response to his lack of game time under Eddie Howe. If anything, the skipper has shown the manager he’s raring to go whenever he’s needed.

He’s demonstrated some strong campaigns for the Magpies, particularly under Benitez. He kept nine clean sheets in the 2017/18 season and then 10 the season after that.

Newcastle now have Fabian Schar and Sven Botman as their go-to centre-back pairing. The Magpies are third in the league and have only conceded 11 goals, the joint-best in the league alongside Arsenal.

The sad reality is, Lascelles’ future with the Toon could be coming to an end sooner rather than later. However, he can hold his head high. From a character perspective, he’s been a top-class figure in the dressing room and his most recent comments show that.