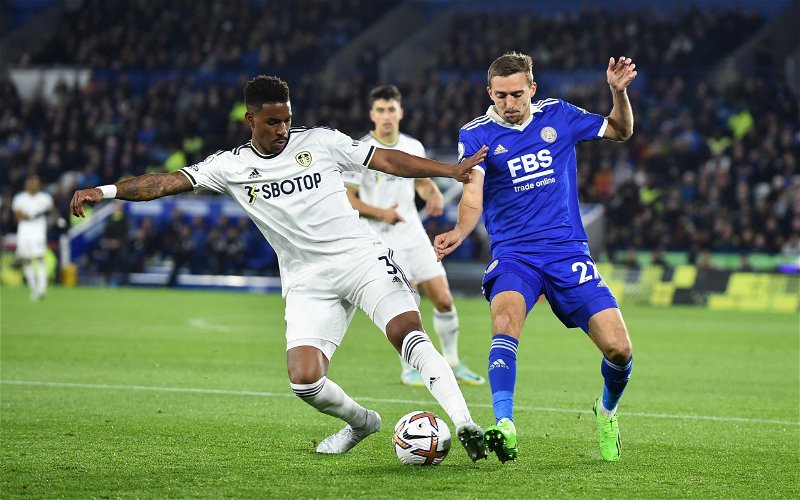 Junior Firpo is set to stay at Leeds United and is in their plans going forward, according to journalist Graham Smyth.

The Dominican Republic left-back has been absent for the whole of this season with a knee injury, and Leeds are actively searching for a left-back in the transfer market.

With Kai Wagner and Maximillian Wober linked amongst others, there may have been an expectation that Firpo no longer belonged in Jesse Marsch’s plans.

However, the club are planning ahead with the former Barcelona defender in their squad, and aren’t any indications that he could leave, according to Smyth.

Speaking on the Inside Elland Road Podcast, Smyth revealed that the club are not looking to sell the 26-year-old.

“You’ve got Junior Firpo, who it doesn’t seem there’s any desire to move him on in January, it sounds like he’s still very much part of the plans,” he stated when talking about left-back options.

“He’ll provide cover at left-back. I certainly don’t see Firpo getting in ahead of Struijk at the minute, and if they sign Wober, Wober’s not coming in to play second fiddle to Firpo, is he – or third fiddle to Firpo and Struijk?

“I think Firpo will have it all to do to get his minutes in the second half of the season.”

TIF thoughts on Firpo and Leeds…

Given his current injury, it is highly doubtful that any club would even bid for Firpo in the January window.

Although he has attracted criticism for his performances since arriving, Firpo could play backup to any defender who arrives in the window once he returns to fitness, and given his versatility, could still prove a useful rotational option on both sides.

However, in the long run, if he is behind a new defender and Struijk in the pecking order, he may elect to leave in search of playing time, and it seems unlikely that Leeds would stand in his way if an offer arrives.