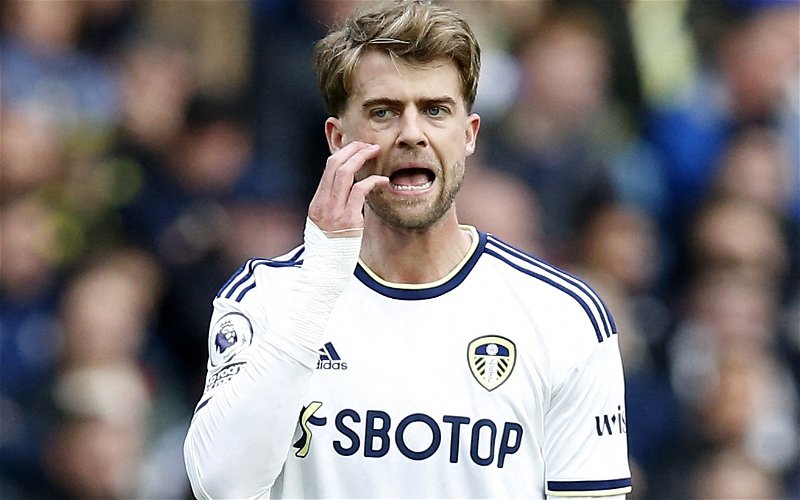 This is due to Bamford missing an ‘important block of training’ which would help him load his legs and better prepare him for the second-half of the season.

The forward had a successful inguinal canal operation in Munich, according to LeedsLive. The Whites have stated that the 29-year-old is expected to return in about two-weeks time.

Bamford has made 10 Premier League appearances this season, four of those being starts. The Englishman has only averaged 43 minutes per game.

“Because he’s missed that, the worry is once he does return, the chances are he’s going to be more susceptible to picking up those little knocks and niggles again.”

We believe that going forward for the rest of the season, Leeds cannot rely on Bamford. The fact that he’s potentially susceptible to picking up more knocks suggests he could find himself injured once again.

The club seem to be aware of this, as one striker they’re linked with is ex-club forward, Chris Wood. The New Zealand international currently plays for Newcastle United, Football Insider has reported that Leeds are weighing up a January bid.

Most Whites fans will agree that the club should look elsewhere. Wood only has six goals across the last two seasons, suggesting he’s not going to be someone that can get goals for Leeds.

Rodrigo has been the main source of Premier League goals for the club this season with a tally of nine. However, Leeds need an alternative goal threat, the Spaniard has netted 41% of Leeds’ 22 goals this season.

Should the 31-year-old sustain another injury for the club like he did earlier in the season, it could spell doom for Leeds, unless they bring in another striker in January.