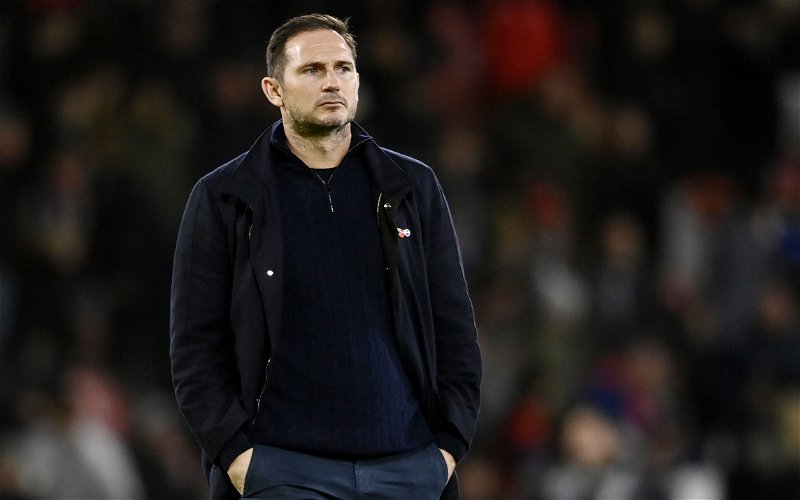 TalkSPORT pundit Scott Minto has defended Everton manager Frank Lampard after a poor run of form has led to serious questions about his future at the club.

Everton returned from the World Cup break only to lose at home in the 95th minute to the side who were bottom of the Premier League, and with the Toffees now in 17th place, they could be sucked into a relegation battle.

Lampard has come in for criticism as a result, less than a year after he replaced Rafael Benitez as head coach, but Minto believes that any manager would have a tough time in charge given the quality of recruitment at the club. 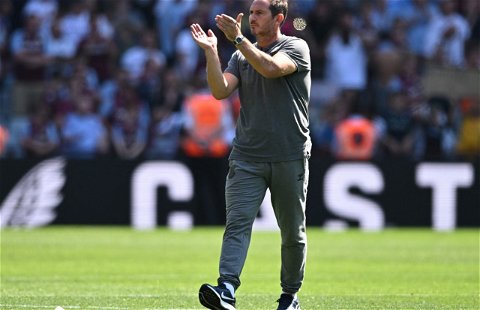 Despite spending a substantial amount over the last five years, there have been a lot of transfer failures and the squad is in desperate need of a rebuild.

“He has got not just one hand tied behind his back but two at Everton,” Minto stated on the TalkSPORT Gameday Podcast.

“We know how much money’s been spent. We know the managers that have come in, very good managers with a lot of pedigree and still not been able to turn things around.

“And with again, with the greatest of respect, he’s buying in the sort of basement bargain-type stuff. Neal Maupay, who couldn’t get in the Brighton side, he’s your striker. Richarlison’s been sold, where’s the money been reinvested?

“He’s had to be clever at the back and looked like with Tarkowski and Coady, they started off very well, been shipping a few goals just before the World Cup but still, I think that’s a decent back four.”

Although money hasn’t been as readily available to Lampard as it was for some of his predecessors, the Englishman’s future should be under serious threat.

Everton have flirted with relegation for the last two seasons, and some of the displays they have produced this season have been nothing short of disastrous.

Lampard’s record in charge of the club is now worse than Benitez’s at the time of his sacking, and his win rate of 30% is the worst of any Everton manager since 1998.

It may only be a matter of time until he is replaced, and a sacking may take place out of desperation to avoid relegation.

With the January transfer window coming up, Everton do need to strengthen, but will have a decision to make over whether they will bring in players Lampard requests, in case they decide to sack him later.